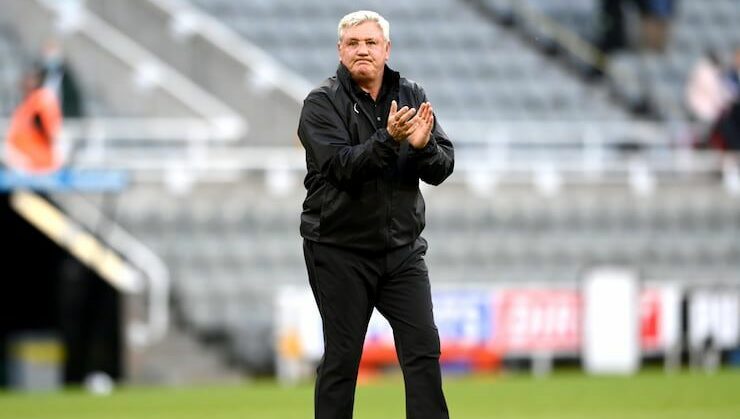 So here we are, another Premier League season is almost done and dusted, and there is no better time to look back at some of the best bits of Newcastle United’s 2020/21 campaign.

Putting Leicester to the sword

It was one of the most complete away performances you’re likely to see. FA Cup finalists Leicester saw this fixture as a crucial 3 points towards securing their Champions League status for next season, whereas Newcastle United were aiming to keep their recent run of good form ticking over.

First half goals from loan signing sensation Joe Willock and stalwart Paul Dummett had given control to the visitors, who then went and doubled their lead after the break thanks to a Callum Wilson brace, ft. a sumptuous assist from Miguel Almiron in the process.

2 late Foxes’ goals were not enough as the Magpies moved to within 1 point of top flight safety.

Oh, I do like to be beside the seaside!

The early rounds of the League Cup can often throw up the odd banana skin, and we all can think of a few examples where the big boys have slipped on those over the years.

The Magpies fielded a strong side against their League 2 opposition, who have gone on to have a very strong season since, and immediately seized control of the tie thanks to an early Joelinton strike.

More goals soon came flooding in as Miguel Almiron, Jacob Murphy, Isaac Hayden and another from the Brazilian number 9 made the 5 at the break. The cup tie was over in the first half, but Jamaal Lascelles and an own goal meant it finished 7-0.

This would have been some away day on the Lancashire coast had fans been allowed in stadiums, and you can bet your bottom dollar that it would have been another sold out away end from the Toon Army.

The Toffees came in to the 20/21 season hotly tipped to succeed, with strong summer recruits adding to the talent already available to Carlo Ancelotti.

It was back in November when the sides first met this season, and it was the St James’ Park hosts that picked up all three points thanks to a brace from Callum Wilson. Dominic Calvert-Lewin’s late goal was not enough, and Ancelotti lost back-to-back games for the first time since September 2014 when he was manager of Real Madrid.

Going into the reverse fixture, the Magpies hadn’t won in their previous 9 fixtures, but it was Wilson once again who found the back of the net twice – Jordan Pickford just couldn’t handle him.

It was mid-April and Burnley were leading at the break, but NUFC had firepower on the bench as Callum Wilson and Allan Saint-Maximin both made their returns from injury. It was the 57th minute when both were introduced and just 2 minutes later, the game was level. The 24-year-old Frenchman excellently fashioning a chance for Jacob Murphy to fire home.

Then just over 5 minutes later, the Magpies took the lead through a piece of absolute brilliance from ASM. Picking the ball up from just inside his own half, he turned and ran directly at the Clarets defence putting them on the back foot. When he got to the edge of the box, he sent 2 defenders for a hot dog before powerfully finishing into the bottom left corner. What a turnaround, what a player.

April was the month that turned NUFC’s season around. With 4 very tough fixtures on paper, they came out of it unbeaten. It all started with a 2-2 draw against Tottenham Hotspur. Jose Mourinho has always seemed to struggle when on Tyneside, and it rang true again here as his side conceded a late equaliser from Joe Willock.

The aforementioned win away to Burnley was next before West Ham United came to St James’ Park, and the side with European ambitions this season were defeated for the second time in 20/21 by Newcastle, thanks in part to another late goal from Willock.

Finally, the month ended with a trip to Anfield where Liverpool had taken a very early lead, but a resurgent second half saw Newcastle fight back. They were denied a Callum Wilson equaliser thanks to the ridiculous hand-ball rule currently in place, but they needn’t have worried as guess who popped up yet again? That’s right, Joe Willock salvaged a point, securing his boss Steve Bruce the Manager of the Month accolade in the process.