US Open: Rahm Looking for Revenge After Memorial Misery

The third major of the year takes place this week and Jon Rahm looks like he could be the man to beat as he aims to break his duck at the US Open. 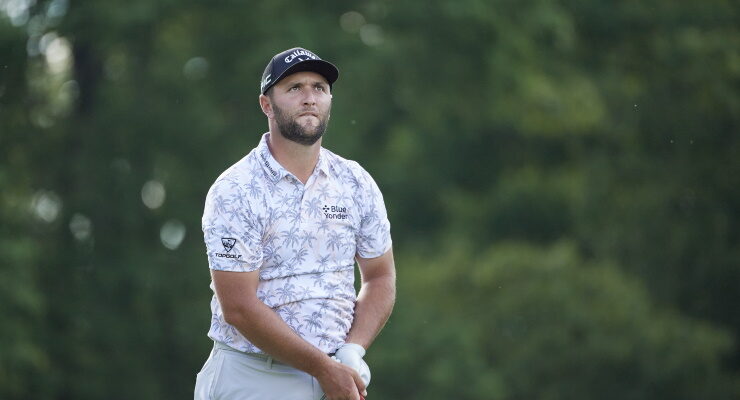 Jon Rahm has been a popular favourite for this week’s US Open, with the gap in the betting widening between the market leader and the rest of the field.

Rahm produced some of the best golf of his life in the Memorial at Muirfield Village last time out, forging a six-shot lead through three rounds before being forced to withdraw after a positive Covid test.

He had put a new putter in his bag at the start of the week in Ohio and fell in love with it – looking almost certain to claim the trophy – but suffered heartbreak on the Saturday night.

Rahm had no symptoms and no negative effects from Covid – and was able to end his quarantine on Saturday to start his US Open preparation – so the world number three will be looking to bounce back from that disappointment in the ultimate style.

The 26-year-old won the Farmers Insurance Open at Torrey Pines in 2017 and at 17/2, is confident of contending for a first Major title on Sunday.

If Rahm fails to recreate the rhythm and magic he had at Muirfield Village, then Collin Morikawa may be the man to take advantage.

Morikawa won the US PGA Championship last year in his home state of California and loves competing in the Golden State. He says when he steps off a plane and arrives in California, he immediately feels revived by the air, and Morikawa is thrilled the US Open is being staged at Torrey Pines.

The 22/1 about the world number four will appeal to many, particularly with enhanced each-way terms available, as he is teeing up in great form.

Morikawa has already won a WGC event this year, he was eighth in the US PGA, then lost a playoff to Patrick Cantlay in the Memorial Tournament.

Morikawa tops the PGA Tour greens-in-regulation statistics and can handle the extreme long-game examination of Torrey Pines better than most.

Another Californian who could make an impact this week is Will Zalatoris, who is on offer at 45/1.

The 24-year-old is a supreme ball-striker who has finished sixth, second and eighth in the last three Majors.

Zalatoris grew up on poa annua greens and says he loves putting on that type of grass. Poa greens can be a nightmare for many players, particularly those who live on the East Coast of America and do not have much experience of them, but Zalatoris is ultra-comfortable on them.

He finished seventh in the Farmers Insurance Open at Torrey Pines in January and the tougher set-up for the US Open should only help his chances. The fairways and greens will be firmer and faster than they are for the Farmers.

*All odds correct at time of writing.

Steve has been a Racing Post columnist, golf tipster and punter and is one of the most well-known tipsters in the country. Steve’s columns featuring golf betting tips have been must-read material for years.
All Posts
Related Posts
5 Lowest Rounds in Open Championship History
Warren Ashurst 21/08/2022 11:14
Most Difficult Golf Courses in the World
James Mason 17/08/2022 13:18
History of the Presidents Cup
Joseph Champion 04/08/2022 20:44
LIV Golf – How It Works
Warren Ashurst 01/07/2022 14:50