Esports Betting Guide: How to Bet on Esports

Betting on E-Sports is growing in popularity - here is a rundown on how punters can take advantage. 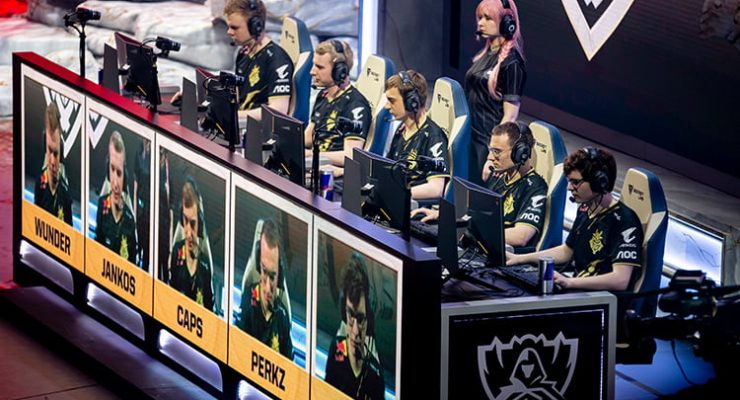 Whether it be a first-person shooter (FPS) game like Call of Duty and Counter Striker: Global Offensive (CS:GO), or a multiplayer online battle arena (MOBA) game like League of Legends and Dota 2, esports are becoming increasingly popular to both watch online and bet on.

Esports is the collective term used to describe competitive online gaming at a professional level and there are multiple different ways you can bet on tournaments and matches.

Like other sports, when betting on E-Sports there is the opportunity to bet on which teams you think will win competitions and events.

In the world of CS:GO, there are regular renewals of a competition called the ESL Pro League, where teams compete in a group format before advancing to knockout stages.

The newly-added Call of Duty League is one of the most prestigious events in the sport, with mini-tournaments you can bet on taking place every few weeks. Teams earn points to contribute to the overall standings at the end of the season.

When betting on outright markets, it is worth considering the overall strength of a side, how they competed in the last edition of the tournament and looking at how their roster may have changed in that time.

Perhaps the most simple way to bet on E-Sports is to bet on who you think will win a match. The way a match is won depends on the esport – whereas FPS games are all about killing the opposing team and fighting over locations, MOBAs, such as League of Legends, are about destroying opposition bases.

As with any sport, form is an excellent indicator of a team’s chances of victory – obviously a team who have been winning matches are more likely to be well-trained and in a good frame of mind going into their next fixture. You will also want to consider the strength of opposition teams have been playing.

Most E-Sports involve playing across various ‘maps’, essentially different layouts in which the game is played, and teams who are able to perform and win across a variety of maps are always better to bet on than those who excel on some but struggle on others.

Therefore, if you fancy a team to race into a 2-0 lead and win a best-of-three contest, you may want to back them at -1.5 on the handicap, which means they essentially start on -1.5 maps but by winning two maps they cover the handicap.

This kind of bet is appropriate if you think there is a gulf in class between two teams. E-Sports events often feature a group stage so if there was, for example, a team top of their group who have won every match and a side bottom of the group who have lost every match, it may be appropriate to back the former side on the handicap.

While some E-Sports, such as CS:GO, are played on maps, others, such as League of Legends, can be played in rounds. You can also bet on how many maps or rounds you expect there to be in a contest by betting over or under a certain number e.g 2.5.

So if you think a best-of-three contest will be tight and the teams are evenly matched, you may think it could go down to the final map or round, meaning there will be more than 2.5 in that fixture.

In this case you would bet on overs but if you fancied a team to get the job done early and win 2-0 then you would be looking to back under 2.5 maps.

And if you are looking for esports betting tips and previews on upcoming events, then our esports expert posts a new article every week.