Football Betting Guide: How to Bet on Football

Betting on football remains very popular, with a whole host of markets for punters to choose from. 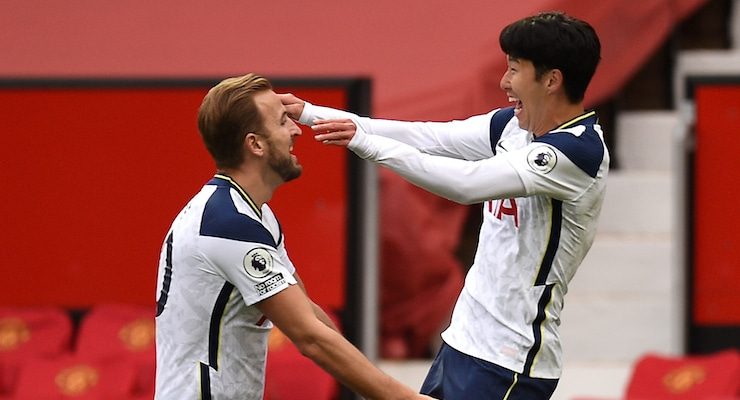 There are many reasons why punters are attracted to football betting and it continues to be very popular across the globe.

Matches are played every day across several continents and there a wide array of markets to choose from, satisfying punters’ needs.

Like other sports, it is handy to know what you are doing before placing your hard-earned cash on any match.

There are so many different things to remember when betting on football, and it can all get a little complicated. So to get you started, we have picked out the most common and straightforward markets that punters can bet on.

For each match that is played in a league or cup, bookmakers will provide odds on the probability of the outcome of it.

This is the most common type of bet in football betting, and it is where you bet on the result of the match in 90 minutes.

The match result market often appears at the top of the page, and if the punter predicts the correct outcome, they win their bet.

The Double Chance market is another very popular market within football betting where punters bet on two outcomes in a single match.

This gives you the chance to bet on the draw and a win at the same time, and it is great if you want to reduce the risk.

This bet is often used when backing an outsider, as it gives the punter the chance to cover themselves in case the favourite rescues a draw inside 90 minutes.

As well as betting on teams to win or draw, punters can back an individual player to score the first goal or find the back of the net at any time in the contest.

This is normally a great bet if you follow a team closely or have a particular interest in a player who you think has what it takes to score on that occasion.

Odds are made available for every player named in the squad on that day, but bets are typically placed on strikers and attacking midfielders as they will have the most chances.

We have already discussed betting on individual matches or players but placing outright bets on overall competitions is another huge market within sports betting.

Whether you want to bet on the winner of a league, or you fancy your country to win the World Cup, bookmakers have markets available to cover all of your needs.

These bets require patience, as the odds are better at the start of a season or tournament, and the outcome will not be decided for several months.

While it is common to back the winner of a league, punters also have the chance to bet on a team to be relegated, should they expect them to struggle, or promoted up to the division above. On top of this, many bookmakers offer the chance to bet on things like a top-four, top-six or top-half finish.

Football really is the king of the betting world, and it is important you start small and learn as you go along. As you gain experience, there are a whole host of other markets, from corner betting to the half-time result, to select from, while new markets often emerge, providing more in-depth options and detail than before.

There is something for everyone, and you can get started by viewing the latest odds on the football page.

Football broadcaster and pundit Mark Langdon shares his tips on the five best bets to place on football matches:

Never ignore the obvious springs to mind and while it can be easy to become distracted by all of the noise surrounding the different available markets, only one of those is of most importance to managers and players.

Sure, they’d love to win to nil but it’s not the end of the world if a late consolation is conceded for instance and therefore the best market to focus most attention on is the match result.

It is betting in its purest form and is basically all anyone is interested in outside of the betting community anyway.

It is worth checking out the Asian handicap line of -0.5 as this can sometimes be superior odds to the straight match result but is ultimately the same. If your bet wins, so do you.

When considering a bet in the match result market – sometimes referred to as the 12X – the draw (or X) is usually the least well backed of the three possible outcomes.

It makes sense in regards to punters normally fancy a team to win and it’s not easy to have a strong opinion on a match finishing level.

Across those four divisions 24.5 per cent of matches finished level and, in most probability, resulted in the vast majority of football bettors losing money on those particular games if they were involved in the 90-minute market.

It’s difficult to change habits totally, but do consider taking the stalemate off the table in the draw no bet market. The prices are shorter than the win but at least with this you are not already losing as soon as the game kicks off.

In the draw no bet you protect your losses and that is an important part of betting because if you don’t win at least limit the amount lost.

Another area where this can help is Asian handicaps corners and, once again, the tie in all instances is taken out of the equation whether it is on the total line or a matchbet.

There are not many corners in matches and it’s normally fine margins either way, so consider giving yourself the added protection of stakes returned in the result of a tie.

4. Player to receive a card

This market is growing in popularity all the time and it’s easy to understand why with so many stats available for bettors to focus on those most likely to attract the attention of the referee.

Things to consider for punters include noting down players who pick up the most cards, but perhaps better value is to be had in those who make a high number of tackles and fouls without being cautioned. They are often slipping under the radar but ultimately, the more fouls and tackles you make, the more likely it is they will eventually pick up cards.

Also, keep an eye on the referee stats. There are those who like to let play go on and it’s best to avoid card bets with the lenient arbiters. Stick to the strict officials each week.

Personalisation is so important and the MakeABet offers you the chance to build your perfect bet. Want to back a home team to win and their star striker to score then fine, but it’s also possible to take the option of a team to win, both teams to score, over 3.5 goals, players to score, the half-time result, total corners and cards, plus many more.

Little or loads the choice is yours with MakeABet.