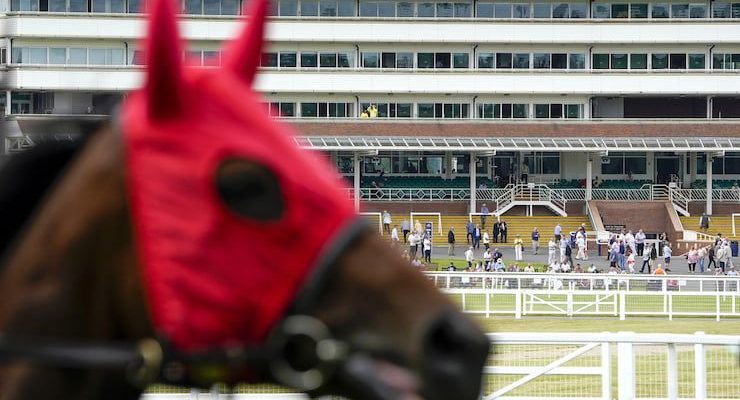 The world of betting has a language all of its own, which is why we have put together an alphabetical glossary of some of the most common betting terms you may encounter.

A bet on a series of events all happening. If one of them doesn’t happen, you lose.

A bet placed on a competition or event before it has started. Can often be placed years in advance. From the Latin ‘ante’ = before.

The ability to back both options and make money without losing. For instance, in a two horse-race and both options were available at 11/10.

A two-way football bet that allows punters to back underdogs with a head start or favourites needing to make up ground with the aim of winning at about even money (eg Liverpool -1.5 goals v Everton +1.5 goals). Popular in south-east Asia, hence the name.

Both teams to score

A bet on both teams to score at least one goal in a match.

Where at least three outcomes are priced up as favourite.

The amount returned on a bet. Typically applied to tote betting.

When two or more competitors cannot be separated and they are all declared the winner. Under dead-heat rules, winnings are divided by the number of parties involved.

Used to simplify a price when it is not easily expressed in fractional odds. So, if an eventuality is 49/50, it may be displayed as 1.98, which is the amount returned for every £1 staked (your £1 stake and 98p winnings). Have increased in popularity in the age of digital betting.

A bet on two eventualities both happening.

A bet on any two of the three eventualities happening in a football match. So, in Liverpool v Everton, you can back ‘Everton or draw double chance’.

An eventuality that has moved to a bigger price in the market as bookmakers feel it is less likely to happen.

Backing more than one outcome in the same event.

Backing the win and the place (at a fraction of the win odds). Your selection may have to finish second for a place return in a seven-horse race, or could be in the top ten of a golf tournament, so check the individual market.

A bet that is not part of the usual staple of singles or multiple options available.

Regarded by bookmakers as the most likely outcome.

Making selections to finish first and second. Can be a reverse forecast (to finish in either order).

The traditional British and Irish way of displaying odds. The second number is the amount you have to put on to win the first number (2/1, 11/4, 7/2 etc)

A bet that unsurprisingly will be settled beyond the same day or week and in the future. Typically, a wager on a team or player to win a championship.

As the name suggests, a huge combination wager made up of 247 equal bets on eight selections. A goliath is made up of 28 doubles, 56 trebles, 70 four-folds, 56 five-folds, 28 six-folds, eight seven-folds and one eight-fold.

A way for bookmakers to make an event more competitive, also known as the spread. Punters have the choice of the favoured participant giving the start or the outsider receiving it.

US term for a tipster, or someone who sets the handicap lines or odds.

Volume of wagers taken by a bookmaker.

Increasingly popular bet that is made once the action has started.

When two selections cannot be split for favouritism in terms of which one will win the event and are priced the same. The two selections share the shortest price in an event.

American terminology for the odds.

Another way of combining four selections into a multiple bet. Similar to a yankee, but a Lucky 15 includes singles. The bet is made up of four singles, six doubles, four trebles and a four-fold.

When you are not necessarily betting on a selection to win the race or tournament but just to perform better than another competitor.

A bet where the return from the first selection is automatically staked on the second selection and so on. A multiple bet can be a double, treble or accumulator.

The best bet of the day or event for a tipster.

Meaning that if you place a bet and your selection does not take part, then stakes are returned. Can be useful when competitors can target multiple events, such as horses at the Cheltenham Festival.

When an outcome is more likely to happen than not. A punter has to stake more than they stand to win when betting odds-on.

Bets placed on complete seasons or tournaments and not single games. For example, the Premier League winner or Darts World Championship winner.

Like a Trixie, in that three selections are combined into three doubles and a treble, but a patent also includes three singles making a total of seven bets.

The odds for something to happen which are offered by the bookmaker.

This is when you get your money returned on an event which finished in a tie, or level from a betting point of view. For instance, a push would be if you backed a team to cover a six-point handicap spread and they won by exactly six points.

A bet in which you predict the first and second-placed finishers in an event in any order. Also known as a dual forecast.

In horse racing, the starting price is the odds of a horse at the time a race begins.

The combinations of various bets on one match. Essentially an accumulator but all the selections are on the same game.

The most straightforward of bets. A single wager placed on a single participant. For example, a horse to win a race or a football team to win a match.

How much you bet on an outcome.

A multiple bet used to combine seven selections and offer a return if only two succeed. A super heinz is made up of 120 bets consisting of 21 doubles, 35 trebles, 35 four-folds, 21 five-olds, seven six-founds and one seven-fold.

A Super Yankee, also known as a Canadian, consists of twenty-six bets on five selections. They are ten doubles, ten trebles, five four-folds and one five-fold. Two or more selections must be successful for a return.

Three selections combined in an accumulator.

Predicting the first three in the correct order. A combination tricast allows you to select the top three in any order.

A combination bet with three selections containing three doubles and a treble.

Available on lots of markets and various sports. The line is set and bettors have the option of going under or over that mark. For example, under 2.5 goals.

Something the betting believes has little chance of winning.

When a bet is cancelled and stakes are refunded.

Another word for bet, used more Stateside than in Europe.

A way of combining four selections into a multiple bet. A yankee is made up of six doubles, four trebles and a four-fold.