There are lots of different ways to play across the betting landscape, and here we take a look at Heinz and super Heinz bets. 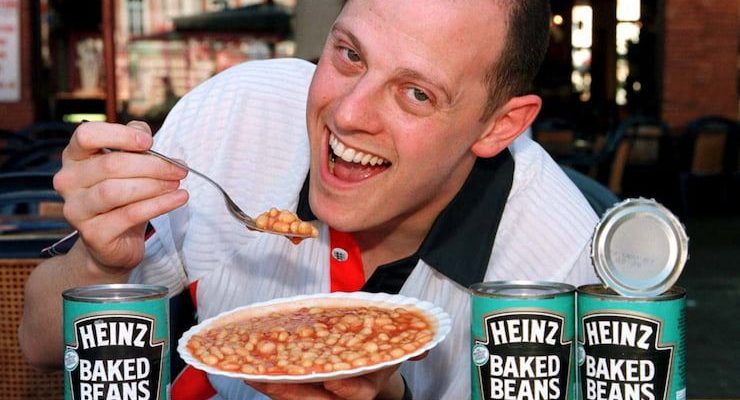 Before we get into the nitty gritty of how the bets work, the first thing to do is separate a Heinz from a super Heinz.

Essentially, the only difference between the two wagers is that a Heinz involves six selections and the super variety is made up of seven. The bet takes its name from the baked bean producers and their 57 varieties of tomatoes being matched by the 57 separate bets combined in a Heinz.

What are Heinz and Super Heinz Bets?

A Heinz is a way of combining multiple selections, but unlike an accumulator, it’s possible to secure a return without all of the selections winning. The wager is made up of 57 bets, combining six selections and broken down into the following combinations; 15 doubles, 20 trebles, 15 four-folds, six five-folds and one accumulator.

A super Heinz is much the same, only it requires punters to make seven selections. That results in a total of 120 bets overall as follows; 21 doubles, 35 trebles, 35 four-fold accumulators, 21 five-folds, seven six-folds and one accumulator. Therefore, placing a 10p super Heinz would result in a total stake of £12.

How to Make a Heinz or Super Heinz Bet

Handily for punters, bookmakers have multiple sections built into their bet slips, so there is no need to individually break down and place bets.

Simply add your six selections to the bet slip and it will automatically give you the Heinz or super Heinz option, usually in the multiple bets tab.

Difference Between a Heinz and Other Multiple Bets

The difference between say a lucky 15 or 31 etc. is obviously the number of selections, but also there are no singles involved in a Heinz or a super Heinz.

Therefore, punters would need at least two selections to win in order to secure a return. Heinz bets can be combined across multiple sports, matches, outright markets and are available on horse racing and greyhounds.

If, for example, you fancied six horses on a day, a small stake Heinz can allow bettors to perm up their selections, with potential of a big return. Heinz and super Heinz can also be placed each-way, on markets and events that allow place betting, and that would result in the number of bets being doubled.

One of the most frustrating aspects of punting is placing an accumulator bet, only for one selection to let you down.

The sensation of being so close to a big payday and ending up with nothing is part of the thrills and spills of betting, but one big advantage of a Heinz or super Heinz bet is that you can secure a good return even if all your selections aren’t successful.

Clearly, a lot depends on the prices of the sections, but at fair odds, just having three or four or five winners can result in a hefty profit for the punter given the amount of bets involved. That’s the safety net of this type of bet, but it’s also a potential negative.

A six or seven-fold accumulator only needs to be staked once, as it’s a single bet. Therefore, a 10p Heinz totaling £5.70 isn’t going to pay as much as a £5.70 six-fold. There are also a large number of bets involved in a Heinz or super Heinz bet and the stake is diluted between the 57 or 120 wagers.

If a punter was lucky enough to land six or seven successful selections in a Heinz or super Heinz the returns would be smaller than a straight acca, given the stake is split between multiple bets.