How to Play CS:GO: Beginner’s Guide

In this Beginner’s Guide to CS:GO,we’ll look at the absolute basics of the game, from the maps, to how to win a game, strategy tips and where you can get started. 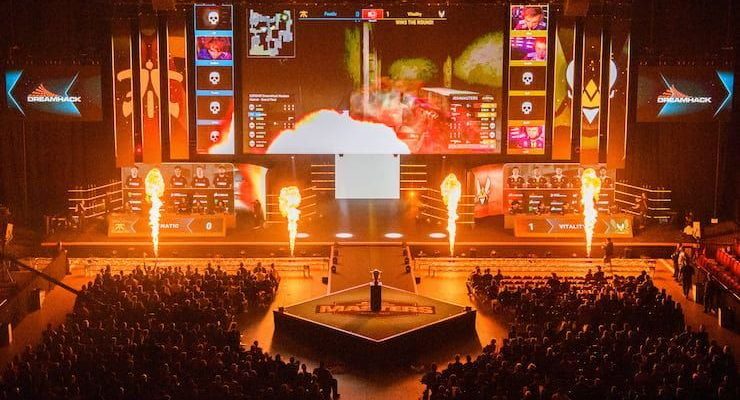 Counter-Strike Global Offensive (CS:GO) is one of the oldest and most popular FPS titles on PC. The game is free to play, though you cannot play ranked (Prime Status) until you either play your way to it or pay £15 to purchase access to it.

Couter-Strike Global Offensive is, at its heart, a first person shooter, or ‘FPS’. Ultimately, CS:GO is a competitive, 30 round team-based shooter. It puts two teams against each other, with one team planting the bomb, and the others aiming to either defuse it or stop it from being planted.

The two teams are split into teams of five and spend 15 rounds each playing as attackers and defenders. You start the game with $800 and earn money by killing enemy players, planting/defusing the bomb, and winning the round. You then use this money to buy better weapons and equipment to win future rounds. The first team to win 16 rounds is the winner.

While the game has many other modes now, including its own take on the popular Battle Royale genre, CS:GO has always been about the core bomb planting and defusing gameplay.

What are the Player Roles in CS:GO?

Players will tend to fit into a number of different roles as they play CS:GO and improve.

Entry fragger – This is for players that are quick on the trigger, and are able to take the all-important one-v-one.

In-Game Leader – This is not the sort of role you’ll aim to go for first, however, if you know the maps you can be the play caller for your side.

Support – Playing alongside the entry fragger, support players will assist the entry player with flashes and smokes, as well as cleaning up if they die.

Lurk/Stealth – The lurker is your team’s flanking player. Look to sneak behind the enemy team or maybe solo plant the bomb at the opposite bomb site to your team.

AWPer/Sniper – One of the most important roles in CS:GO

How to Play CS:GO

CS:GO is a dynamic game when compared to other popular multiplayer games (See our LoL Beginner’s Guide here). With CS:GO, no one is assigned one of the above roles, it’s more that as a team you’ll naturally fall into them. Be that defending a certain site, or being your team’s AWPer.

The ultimate goal of the game is to get to 16 round victories, by winning rounds on either the Terrorist or Counter-Terrorist side. What side you start is random, though it will have an impact on if you’re in the early game advantage or not. Classically certain maps are more favoured to one side, so if you fall behind on one side, make sure not to lose your head.

To win, you’ll need to work as a team, manage your economy, and make individual decisions that see your team come out on top. Though, the first point, teamwork, is the most important if you want to move onto ranked CS:GO.

If you want some pro tips, Valve (the game’s developer) made a series of videos on their YouTube that might help. While these are old, these tips are still as relevant as ever.

How to Step Up your CS:GO Game with Tips and Tricks

Once you’ve got a feel for CS:GO, it’s time to step up to the next level. Here are some useful tips and tricks as you move into ranked play:

Practice: if you want to get good at CS:GO, you’ll need to play it. Join gun-game servers to practice the full arsenal of weapons or join Deathmatch servers to get better at reaction fragging.

Aim training software: A simple search on Steam for Aim Training will yield countless results of games/software that are focused on improving your aim, and you won’t have to spend a penny.

Focus on the core weapons: AK-47 (T) and M4A4 (CT) are key weapons to learn and get used to as you start out. Focus on using these, then move on to the more advanced and specialist ones.

Check your bullets and don’t get killed reloading: One of the tips the game tells you early on is “it’s faster to swap to your pistol than it is to reload”. if you’re in a tight spot and low on ammo, remember that reloading makes a sound, and you might get pushed. You can also use this to your advantage by reloading and cancelling it to bait players to you.

Get good headphones and listen to sounds: Sound is a key mechanic in CS:GO, knowing how close players are to you and what gun people are using is key to your victory. Learn these sounds and use them to your advantage.

Learn the four common ranked maps: The four main maps in CS:GO are; Mirage, Inferno, Dust 2, and Nuke. Learn these maps (preferably one at a time), find spots that you can hide, smoke, and learn how the enemy might attack or defend bomb sites.

Communicate with your team: Talking to your team is a necessity. While you don’t need to be an in-game general, telling your team where enemy players are can save your team valuable seconds and might just be the difference between a round win or a loss.

Do not rush into ranked: CS:GO is a tough nut to crack. Having been out for a long time, the game has a lot of highly skilled players. Take time to learn and get used to the game before getting your feet wet.

Start watching CS:GO Esports and learn from the best: We’ll explain more below, however, CS:GO has a wealth of professional talent that play on an almost daily basis. Either watch pro events or pro players on Twitch to help you improve.

What is CS:GO Esports?

So you’ve learnt to play CS:GO yourself, and you think you’ve got it mastered, now’s the time to look at the pro players.

So what is Counter-Strike: Global Offensive (CS:GO) Esports? Simply put, CS:GO Esports is one of the largest, and longest reaching in all of esports. Played across the entire globe, you’re just as likely to find a Championship-winning side from South America and North America, as you are from Europe or Asia. While Europe has often been the most successful, other regions are always hot on their heels.

CS:GO Esports is a lot less organized by the game’s developer than a lot of other esports titles are.. With CS:GO, third-party organizations run almost everything, from providers such as ESL, BLAST, IEM, and DreamHack to name just a few. While in recent years, organizations such as ESL and Flashpoint have looked to create franchised leagues more like what we’re used to with American Sports.

And that’s about all there is to know to get you started with CS:GO. Seek out groups, make friends, and watch YouTube videos/Twitch streams of professional players and you’ll be on the right track to improving.

David Hollingsworth has written for games media and esports outlets for the last seven years. His work has appeared in websites such as Esports Insider, ESTNN, Red Bull and Esports News UK. His focus is mostly on League of Legends and World of Warcraft, the latter of which he’s an advisor for with the British Esports Association. David shares his League of Legends betting tips with readers of the MansionBet blog every week.
All Posts
Related Posts
Golf Betting Guide – How to Bet on Golf
Steve Palmer 20/09/2021 08:15
UFC Betting Guide for Beginners and Beyond
Jeff Fox 13/08/2021 11:50
Football Betting Guide: How to Bet on Football
Mark Langdon 17/06/2021 16:02
How to Bet on Greyhounds: Betting Tips & Strategy
Matt Newman 20/04/2021 10:13