How to Play League of Legends: Beginners’ Guide

Heard about League of Legends but not quite sure what's it all about? Our Esports expert has written the ultimate guide just for you. 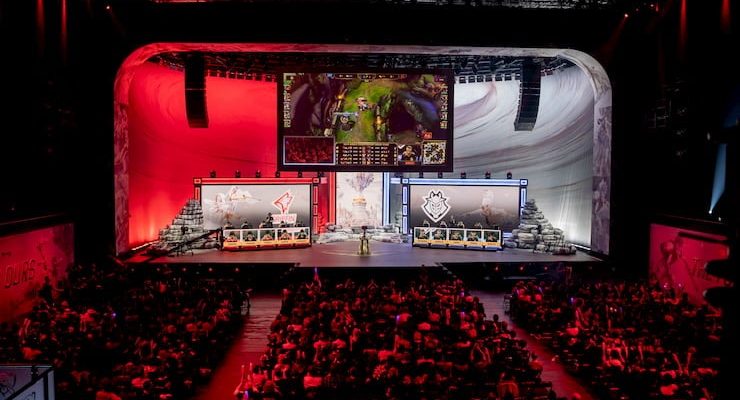 League of Legends (LoL) is one of the most popular Free to Play (F2P) video games currently on the market. With its esports scene seen by many to be the biggest of all the esports.

In this Beginners’ Guide, we’ll look at the absolute fundamentals of LoL, from the map, the champions, the roles, and how to get started.

What is League of Legends?

At its core, LoL sees 10 players, 5 per side battle it out on Summoners’ Rift across 3 lanes. Each player controllers one character, known in LoL as a champion.

What is a Champion?

Champions are split into a number of unique archetypes:

Mage – a spellcasting champion that using magic and fights at range

Support – a mix of tank and mage champions

Inside those core groups are a number of specific styles and sub-styles. Fundamentally, however, those are the basic elements that make up all of LoL’s growing character rooster.

Each champion is best suited to one or two lanes. Lanes define the position you’ll play and the type of matchups you’ll face off against.

For full guides on every champion, Riot Games, the game’s developer has full “Champion Spotlights” for every character in the game. We’ve linked the latest one of those below.

What are the Lanes?

LoL has 3 lanes and a jungle. The three lanes are top, mid, and bottom. With the jungle being the area between the lanes that your jungler plays inside. Each lane generally features certain types of champions.

Bot lane – the only dual champion lane. Will feature an ADC and a support

Jungle – a mix of assassins, bruisers, and tanks

How do you Play League of Legends?

Once you’ve selected a champion and been assigned your role (this is done during the pre-game champion select) you’ll head into the Summoners’ Rift. From here you’ll have 1:30 before the minions (NPC characters that you kill for gold) head into your lane and start fighting.

The goal of LoL is to push down your lanes, destroy the enemy team’s towers, and ultimately take down their Nexus. To do this, you’ll need to kill champions, fight minions, and takedown epic monsters.

If you play in the jungle, you’ll start inside your jungle. Killing the NPC controller monsters and ganking (the art of attacking your allies lanes) to get your team ahead. The jungle role is to both dictate, and control the flow of the game.

Communication in League of Legends

You’ll have two main ways of communicating with your team. Either by typing (pressing enter) or via the ping system.

The ping wheel (accessed by holding the “G” key and dragging your mouse over the ping) is used to quickly tell your team what’s going on. The pings are;

? – used to tell your team that someone is missing

The “?” is the most important during the early game to let your team know that the enemy is missing. You can also achieve this by typing “SS mid” in the chat to let people know. Though using the “?” ping a few times should do the trick.

What games modes are there in League of Legends?

LoL currently has two modes, with the 5v5 mode being split into four groups.

Blind pick – this is a 5v5 mode in which you pick whatever champion you like but you don’t know the enemy team’s composition until the game starts. You’ll also likely need to announce your lane or role in the chat first.

Draft pick – draft pick is the standard mode for LoL, which sees teams taking it in turns to ban champions and then pick. Each side will ban 1 champion per player, before picking their champions.

Ranked – sometimes referred to as “Solo Q” uses the same style of picking as draft pick, however, you’ll be put against people of a similar skill to you (you must first play 5 placement matches). You can queue for ranked as a solo or with a partner, providing they are within one rank of you (Iron, Bronze, Silver, Gold, Platinum, Diamond, Master, Grand Master, and Challenger)

Ranked flex – Flex queue function in the same way as soloq/ranked queue but with the twist that you can queue up in groups of 1,2,3, and 5.

In League of Legends, you’ll have access to a selection of summoner spells on your adventures on the Rift.

Summoners Spells act as one of two spells that you can use on a long cooldown to turn the tide of a battle. There are many spells, from heals, shields, teleports, and movement speed increases. The two most common and Flash, which is used to move you instantly a short distance to your mouse cursor. Smite, which is required if you play jungle to allow you to do a large amount of damage to AI-controlled minions on the map.

Runes are a feature that allows you to alter your play style. Some will see you do a spike of damage after hitting three spells, others are tankier. Basically, you will pick one primary rune, and three smaller runes in the same category. You’ll also be given the option to pick a second rune page, giving you access to two of that rune pages minor runes.

How to Progress in League of Legends?

Once you’ve had your first match you’ll start to earn two things. XP, which will level you up, unlocking, runes, and summoner spells. Then Blue Essence, which acts as your champion unlocking currency.

Hopefully this beginners’ guide has piqued your interest, and you are ready to try a game for yourself. Be careful though – you might just find yourself getting hooked on this exciting online strategy game!