We take a look at outright bets with our latest sports betting guide, and show you how to take advantage of one of the most important bet types. 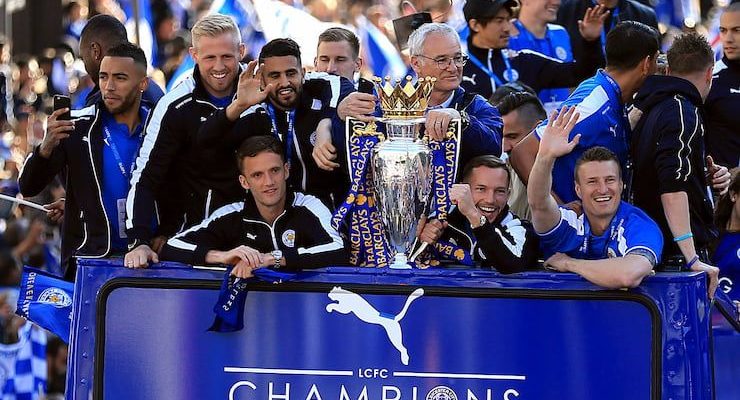 Outright bets are the simplest of all bet types. They can refer to a number of different wager types, but most commonly, an outright bet is when a punter backs a team or player to be the overall winner of a competition or event.

Examples include betting on a team to win the English Premier League or an individual to win a tennis tournament, such as Wimbledon.

When a punter places an outright bet on a team or player, they will be paid out on a winning bet after the competition has concluded, or the outcome they have predicted has come to fruition.

Therefore, if somebody places a bet on the winner of the EPL at the beginning of the season in August, they will usually get their winnings when the season has concluded the following year.

However, punters are not restricted to placing outright bets only before an event or competition has started, and prices can fluctuate once a tournament is underway.

For example, at Euro 2020 the odds of Italy winning the tournament got smaller after they had won their first three matches against Turkey, Switzerland and Wales.

This is because by winning these games, they progressed to the knockout stage of the competition and their chances of lifting the trophy increased.

In the same tournament, though, Germany would have seen their outright odds go up after they lost their first match against France, as this hindered their chances of making it out of Group F. It can therefore sometimes be beneficial to wait until an event has started to place an outright bet.

One of the Biggest Outright Bets of All Time

Among the most successful outright sports bets of all time were the wagers placed on underdogs Leicester City winning the EPL back in the 2015-16 season.

After a difficult campaign beforehand, the Midlands club were available at 5000/1 to win the Premier League title at the start of the season, and punters who placed a £10 outright bet on Leicester winning the competition, would have scooped £50,000 at the end of the campaign.

Outright bets are also popular in golf, with punters able to bet on players to win smaller tournaments or any of the majors such as the Open and the Masters. The fields are big in golf events and can therefore make for bigger returns if punters pick the winners.

The same can be said for tennis, in which individuals can bet on winners of singles and doubles titles in ATP and WTA events, as well as the big four Grand Slams – the Australian Open, the French Open, Wimbledon and the US Open.

As mentioned, though, outright bets are not limited only to betting on teams or players to win an event but can encompass a range of long-term wagers.

For example, as well as betting on the team to win the EPL in the 2021-22 season, punters can also place outright bets on which player will score the most goals (otherwise known as the Golden Boot winner or top goal scorer) or which talent will be named Player of the Season.

Football tournaments in particular offer a wide range of outright betting options, with punters also able to back teams to be relegated from leagues or to finish in the top and bottom halves of a division.

There were also plenty of outright betting opportunities at the Cricket World Cup. As well as betting on the overall winner of the competition, there was also the option to bet on the player who would score the most runs in the tournament (top tournament run scorer) or which bowler would take the most wickets in the whole tournament (top wicket-taker).