Snooker Betting Guide: How to Bet on Snooker

Snooker provides plenty of betting opportunities and here we have provided an in-depth betting guide for those looking to improve their knowledge. 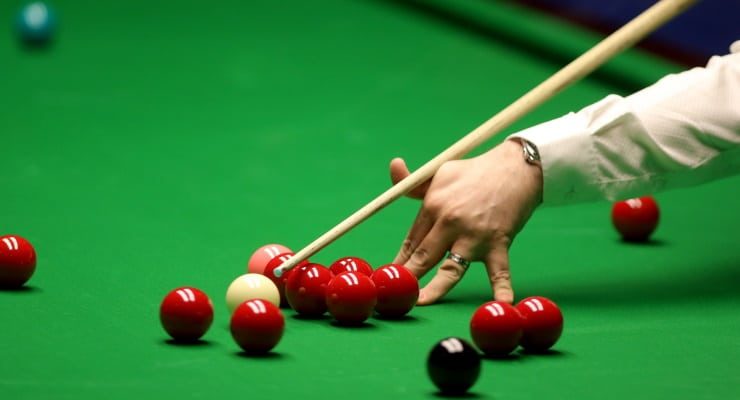 Snooker has boomed in recent years with more and more tournaments being added to the calendar from places all over the world.

That means there are plenty of betting opportunities for punters to take advantage of.

Tournaments can be divided into two groups: ranking and non-ranking events. Every pound of prize money won by a snooker player translates into a ranking point and the more you win, the higher you climb.

The most prestigious competitions in this category are the World Championship and UK Championship and these are enjoyable events to bet on as markets such as quarter-betting and the highest breakmaker of the tournament are often offered alongside the outright winner.

The majority of graded competitions are fixed-draw, meaning a player’s potential progression through a tournament can be mapped out. Betting on the winner of an event can be a good opportunity to find winners at big prices.

There are also non-ranking invitational tournaments such as the Masters, which a high ranking gains qualification for, and in terms of betting these work in the same way as a conventional competitions.

There are often 128 players competing in ranking events and some of the cuemen can start at prices of 100/1, 200/1, 500/1 and even bigger. Clearly, the short-priced players are perceived to have a better chance of winning but there’s often potters who are underrated by their price.

There were 17 ranking events scheduled this season so there’s a lot of snooker to be played.

From a punting perspective, it can often pay to evaluate a players performance over a 12-month or longer period rather than in the previous one or two tournaments. There are bound to be peaks and troughs in the competitor’s results, given the amount of tournaments they compete in, and ignoring recency bias can lead to big-priced winners.

There’s generally a mix of punting opportunities when it comes to match betting. First and second-round games can often be less well balanced contests. That means short-priced favourites but you will be well rewarded if you can find some upsets.

There’s the potential to place accumulator bets and that can include doubles, trebles, four-folds, five-folds and upwards. Combining multiple selections in the same bet can give a bigger return, while keeping stakes to a manageable level, and snooker tournaments usually provide a good opportunity to place these types of bets.

Of course, there will be competitive matches too and that will be reflected in the betting. That’s usually the case as a tournament progresses and the ability levels become less wide ranging.

Handicap and Other Bets

When a match looks likely to be an uncompetitive contest, or the prices look an accurate reflection of how the game will go, there are other avenues you can take. Handicap betting gives a start to a lesser rated player and forces their more fancied rival to give up frames.

This is an interesting way to punt because, essentially, the bookmaker has already done the hard work for you by setting the handicap line, you just have to decide which side to play.

Other popular bets include the player to make the highest break, total frames played, total century breaks and naming the correct score.

5 Top Tips for Betting on Snooker

Snooker is a sport that has proven popular to bet on and there can be some good value when scouring through the markets. With coverage of the sport at its highest, we have drawn up five tips to follow when betting.

There has never been as many snooker tournaments for players to compete in. Clearly, Covid may have slowed down the action a little, but there are currently 21 ranking events and two invitationals on the snooker calendar. Given the number of events, and matches in a season, there are going to be peaks and troughs in any player’s results.

It can pay not to get carried away by the last one or two tournaments and instead look at the achievements of a cueman over a 12-month or longer period. When Mark Selby won the World Championship last season, he had won just one match in the previous event, he lost in the last 32 of the Gibraltar Open and was beaten 6-0 by John Higgins in the quarter-final of the Players Championship prior to those efforts.

That’s not an isolated case and it’s best not to get carried away by recency bias.

2 Stick To the Format

It’s worth remembering that a large number of events such as the Championship League, Home Nations Series and various other competitions are played over short distances. Best-of-five or best-of-seven matches are a world away from the first-to-ten showdowns at the Crucible. A bad session in a World Championship contest puts you in a difficult spot, but it doesn’t end your chances.

Lose four frames on the bounce in the opening rounds of many ranking events and you’re out of the competition. It can often pay to separate short-format form from the more traditional length matches.

Head-to-head records are far more frequently offered as a reason to support a particular player, but it’s unwise to take a steadfast approach. Ronnie O’Sullivan recently took on Michael Georgiou at the English Open. The head-to-head for the contest was 4-0 in the Rocket’s favour. O’Sullivan was 1/6 for that battle and the record between the two players told you nothing more than what the betting already had.

It’s difficult to attribute a particularly good or bad head-to-head record to anything tangible. The reason one player may be dominating an opponent is far more likely to be due to a difference in ability or variance, rather than a clash of style, an intimidation factor or mental block, and the gulf in class is often already represented in the match prices.

4 Variety Is the Spice of Life

Unfortunately, broadcasters have a habit of putting the same big-name snooker players on the TV table tournament after tournament. We are not going to learn much more from watching Neil Robertson hammer the world number 117 for the second or third tournament in a row. Some events such as the World Championship or Masters will have blanket coverage and that allows you to take in as much information as possible.

In the lesser events, matches can be viewed on bookmakers websites or streaming sites. It’s worth trying to view and take in as much snooker as possible. Watching a game can tell you a lot more than the bare result.

When you find a price that you think is wrong, or a player that is underrated by the markets, consider other avenues of punting rather than just straight match betting. Clearly, a market with just two outcomes and a low margin is a nice place to start, but there can also be value in the derivatives of those prices.

Have a look in the correct score or handicap markets. Is it quite possible that match betting value will trickle down to the other markets offered on a baize battle.