Ladies Day at the Cheltenham Festival and we have all the betting tips, previews and information on the big day. 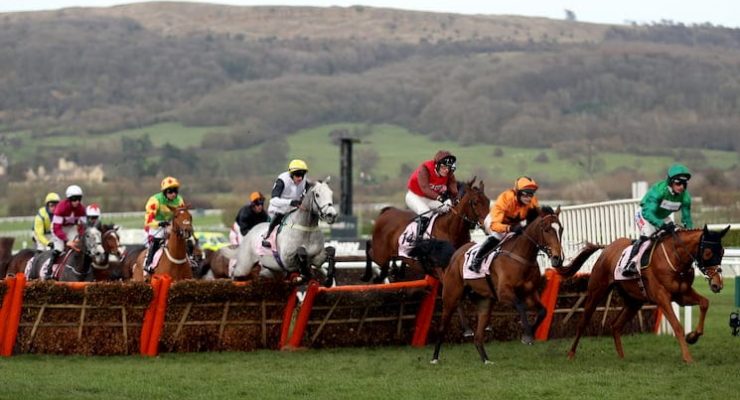 The second afternoon of The Festival is billed as ‘Ladies Day’ on track, with a mixture of style adding to the colour of the raceday experience. (Or at least that would be the case in a normal year, with crowds in attendance).

Out on the turf, the feature race is the Queen Mother Champion Chase, a thrilling bare-knuckle ride over two-miles that calls for speed and accuracy in equal measure at the obstacles.

On the undercard are Grade 1 races via the Ballymore Novices’ Hurdle and the Festival Chase, while Wednesday also brings the forever popular Cross Country Chase, a romp around the Cotswolds countryside with a variety of unique jumping tests. The day ends with more Grade 1 action in the fiercely competitive Champion Bumper – the only Cheltenham Festival race without jumps!

Day two of Cheltenham 2022 comes up on Wednesday March 16th and with some strong favourites in key races amongst the travelling party, Irish eyes will hope to be smiling in time for St Patrick’s Day.

The Queen Mother Champion Chase (3.05pm) is the feature race on a day full of exciting racing action.

. Our tipster marks your card for the day two action in the Cotswolds.

Click on the race names below for the latest betting tips and previews.

Day two of this Cotswolds extravaganza and there another four Grade 1 races, headlined by the Queen Mother Champion Chase over two-miles. The always popular Cross Country Chase also comes up on Wednesday afternoon, a unique Cheltenham experience in itself.

The opening race on day two has been won by the likes of Istabraq, Hardy Eustace, The New One, Faugheen and – most recently – Envoi Allen in recent memory. It places more emphasis on stamina compared to Tuesday’s Supreme Novices’ Hurdle.

The stiffest stamina test on offer at The Festival for novice chasers, this contest is a playground for future Gold Cup hopefuls, with Denman, Bobs Worth and Lord Windermere amongst those to have graduated to Blue Ribband success in recent times. It has produced scarcely believable finishes with the wins of Might Bite (2017) and Champ (2020).

One of the most fiercely contested handicaps of the meeting, the Coral Cup is a tough puzzle to solve. Trainer Nicky Henderson bagged four wins from 2010-2020.

The feature on day two is the Champion Chase over two-miles, a real test of speed and accuracy with no room for error. British trainers have dominated with eight wins in the last nine years and this is the only Championship-race to have alluded top trainer Willie Mullins.

A unique race that sees the participants jumping an array of obstacles including whiskey barrels, hedges and mounds, the Cross Country has found its niche at The Festival thanks in no small part to dual winner Tiger Roll.

The Grand Annual holds the distinction of being the oldest chase in the present National Hunt calendar, dating back to 1834. It carries the name of Johnny Henderson – father of trainer Nicky – a man responsible for the safekeeping of Cheltenham racecourse from possible property developers in the 1960s.

The only Cheltenham Festival race that doesn’t have jumps, the Champion Bumper pits together an array of growing reputations and – routinely – the participants are well worth watching in their future endeavours; including back here.