Day 3 of the Cheltenham Festival is St Patrick's Day. We have expert tips and predictions plus the latest news. 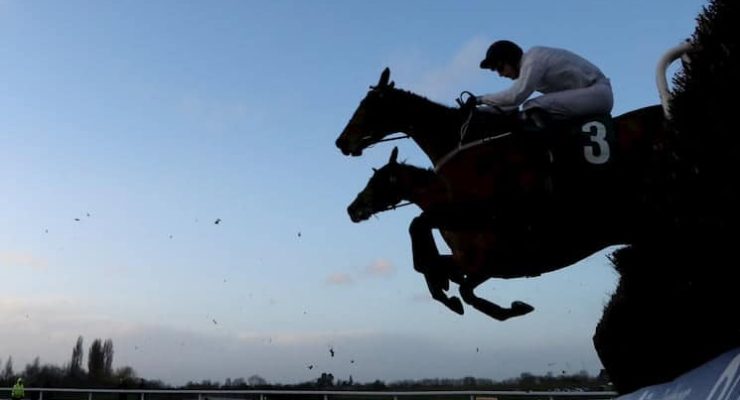 Day three is billed as St Patrick’s Thursday, a celebration of Ireland feast-day and the ongoing sporting battle British and Irish trained horses on the Cheltenham turf.

Thursday’s Championship contest is the Stayers’ Hurdle over three-miles, dominated in recent times by stars like Inglis Drever and Big Buck’s.

It is ably supported by the Ryanair Chase, with more Grade 1 action via the Golden Miller Novices’ Chase and three very tough handicaps in the Pertemps Final, the Festival Plate and the Kim Muir Challenge Cup.

It’s day three of four in the Cotswolds as the Cheltenham Festival continues to capture the sporting imagination in what has already proved an exhilarating meeting despite the lack of crowds.

The Stayers’ Hurdle (3.05pm) is the main event on Thursday, while the afternoon begins with the Marsh Novices’ Chase.

Our tipster marks your card for the day three action at Prestbury Park.

Click on the race names below for the latest betting tips and previews.

Day three at the Cheltenham Festival is now commonly celebrated as St Patrick’s Thursday in honour of the hordes of Irish racegoers and connections that descend on the Cotswolds annually. The Stayers’ Hurdle and the Ryanair Chase are the main events on day three.

This race was added to The Festival programme in 2011 and gained Grade 1 status three years later. Eight of the ten runnings have gone to Irish trainers, with Willie Mullins responsible for four of those, including the splendid virtuoso from Vautour in 2015.

The Pertemps Final is a competitive handicap hurdle and the field is brought together by a series of qualifiers through the season in Britain, Ireland and France. Jonjo O’Neill has trained the winner of this contest on four occasions, though Gordon Elliott is rapidly gaining on that record having won the last three.

Often viewed as a go-between for horses not fast enough for a Champion Chase and unassured over the Gold Cup stamina-test, the Ryanair Chase has established itself as a much sought-after Grade 1 in its own right and it is the most valuable race on the day three card in terms of prize money.

Three-miles for Stayers’ over hurdles on Cheltenham’s New Course is an exacting test and it can seem a long way up the run-in at the end. Some real greats have won this race on multiple occasions, including Inglis Drever (3) and Big Buck’s (4).

A Grade 3 handicap over two-and-a-half-miles for horses aged five and up, the Brown Advisory & Merriebelle Stable Plate Handicap Chase is amongst the most wide open races run over the four days of the Cheltenham Festival.

The newest addition to The Festival programme, this Grade 2 was added to enhance the mares’ programme in 2016 and trainer Willie Mullins has bagged all five renewals.