Several of the all-time greats have shone at Cheltenham 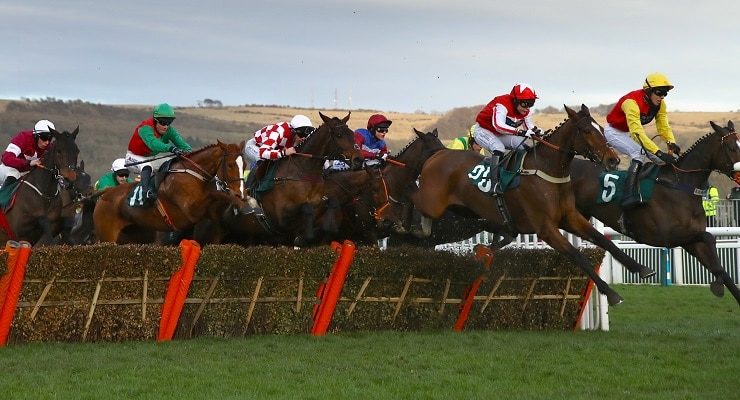 The Cheltenham Festival is the pinnacle of the National Hunt calendar and a race meeting unrivalled in the sport of kings.

The famous Cotswolds amphitheatre is where the good become greats, where racing history is etched into folklore year on year.

Equine stars come and go but, through their careers, jockeys that manage to thrive in this powder-keg atmosphere take for themselves a special place in the pantheon of Cheltenham legends.

Ruby Walsh is synonymous with the modern Cheltenham Festival, his tally of 59 winners leaving him head and shoulders clear of his rivals.

The silver-haired Irishman managed to combine riding for two of the best trainers in Britain and Ireland, Paul Nicholls and Willie Mullins, at the peak of his career.

His reward was to partner the likes of Kauto Star, Master Minded and Big Buck’s to multiple wins for the Ditcheat supremo as well as the riding superstars Hurricane Fly, Quevega, Vautour and more the most successful Cheltenham Festival trainer of them all.

He was leading rider at the Cheltenham Festival on no less than 11 occasions from 2004-2017, with his winning run spanning from Alexander Banquet in the 1998 Champion Bumper to Klassical Dream scoring in the 2019 Supreme Novices’ Hurdle.

In 2009 he was on board Kauto Star for their second Gold Cup triumph together, to date the first and only time any horse has won the Blue Riband, lost it, and then regained it.

The great Kauto won in 2007 before finishing second to his stablemate Denman a year later and then reversing those placings when regaining it – one of the great modern Cheltenham rivalries.

Second only to Walsh in terms of Festival winners, Barry Geraghty is assured of his place in Cheltenham history.

He was twice leading rider at the meeting (2003, 2012), his first Festival winner having come on board Moscow Flyer in the 2002 Arkle.

He would go on to win a pair of Queen Mother Champion Chase crowns on Jessica Harrington’s magnificent chaser, while his tally of five wins in that two-mile Championship contest ties the all-time record.

Geraghty rode a Cheltenham Festival winner every year from 2002 until 2017, a year when injury prevented him riding at the meeting.

He enjoyed a decorated partnership with trainer Nicky Henderson that included the 2013 Gold Cup on Bobs Worth (also won the Blue Riband on Kicking King in 2005) and he was appointed retained rider for top owner JP McManus following Tony McCoy’s retirement.

He signed off his Cheltenham career with five winners in the famous green and gold hoops at the 2020 Festival.

Alongside his Gold Cups, he also won a record number of Arkles (four, tied) and Triumph Hurdles (five) at Cheltenham.

The 20-time champion jockey in Britain, AP McCoy often-times treated Cheltenham Festival winners just as he did novice hurdlers on a summer’s evening around Worcester – such was his quest for success.

His first Cheltenham Festival success came on Kibreet in the 1996 Grand Annual and his last came in the 2015 Ryanair aboard Uxizandre, when he gave Alan King’s charge a sublime front-running ride having announced a month previous his intention to retire at the end of that season.

McCoy’s sheer determination and will to win were legendary and he appeared to have the ability to impose that will on a horse; perhaps never more so than when he roused Wichita Lineman to snatch victory in the 2009 Festival Plate in the dying strides.

Pat Taaffe was the man on board when the great Arkle won his three Cheltenham Gold Cup (1964, 1965 and 1966) and his association with that superstar is part of racing’s fabric.

He was a nine-time Irish champion jockey and his record tally of four Gold Cup wins stands tall to this day (also won on Fort Leney in 1968).

That his record still stand to this day are testament to Taaffe’s achievements in the Cotswolds.