See if you agree with our list of five of the most famous horses to ever win the Cheltenham Gold Cup. 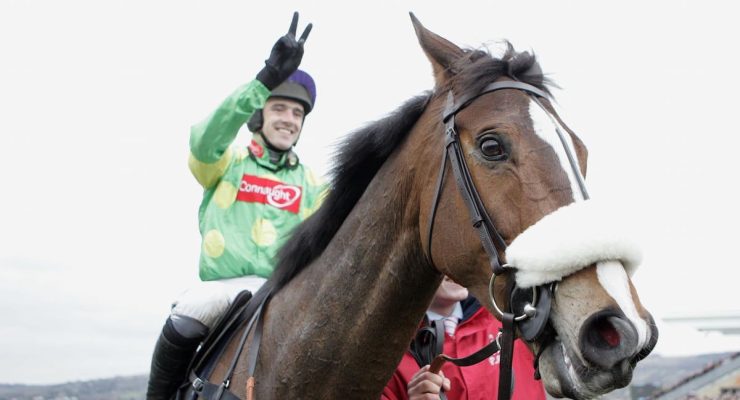 Kauto Star, trained by Paul Nicholls and owned by Clive Smith, is one of the most successful horses to ever grace the racetrack. In 2007 he became the first horse to win the Stayers’ Chase Triple Crown and he did it in style, producing a fantastic performance to win the Cheltenham Gold Cup.

He lost his crown in 2008 after Denman produced one of the most memorable performances in the history of the Gold Cup, but became the first horse to regain the title in 2009 when he beat his reigning champion stablemate by 13 lengths to seal his reputation as one of the best horses to ever run in the Cheltenham Gold Cup.

Best Mate became one of the most-loved national hunt horses of all time after winning the Cheltenham Gold Cup three years in a row, from 2002 to 2004. After matching Arkle’s record of race wins, set in the 1960’s he was set to go one better by winning the race in 2005, but was pulled out by his trainer Henrietta Knight after he burst a blood vessel on the gallops just 8 days before the race.

His final victory was his most impressive performance as he won the race by thirty lengths, and he made more history that day when he went off as the shortest price horse in the history of the race at 1/10. Arkle won 27 of his 35 starts and won at distances from 1m 6f up to 3m 5f. Racing commentator Peter O’Sullevan has called Arkle a freak of nature — something unlikely to be seen again.

The most successful horse in the history of the Cheltenham Gold Cup is Golden Miller. He won the race 5 times in a row from 1932 to 1936 while also breaking another record in 1934 by winning the Cheltenham Gold Cup and The Grand National in the same year. There is now a statue of Golden Miller overlooking the parade ring to recognise what an incredible racehorse he was.

Denman was widely known in the racing world as ‘The Tank,’ his power and jumping ability made him one of the best Cheltenham Gold Cup winners of all time. His stablemate Kauto Star had already won the race the year before, but their trainer Paul Nicholls knew a big clash was on the cards. The build-up to the 2008 Gold Cup was all about which of the two the punters were siding with, and it proved to be Denman’s finest hour.

Denman was ridden by a young Sam Thomas as the stable jockey Ruby Walsh was on Kauto Star. Denman produced an amazing performance, taking the race up down the back straight and powering up the home straight to win by 7 lengths. Denman would go on to finish second in the next 3 Cheltenham Gold Cups.

The trainer Jessica Harrington said after the race “it hasn’t really sunk in yet. I can’t believe it is true. I am sitting here; I am about to wake up and it has not happened. This is the jewel in the crown. It is amazing to win the Gold Cup – this is the race I have always wanted to win.”

Native River produced a brilliant staying performance to win the 2018 Cheltenham Gold Cup. He led from the start and was constantly pressured by Might Bite, but turning for home Might Bite had no answer to Native River’s staying power and he pulled away to win by 4 and half lengths.

Richard Johnson had built up a great rapport with Native River and after the race he said “I felt we’d gone quite steady but sometimes when you’re on a good horse it doesn’t feel that quick. I knew Native River is a stayer and he answered every call… he’s just a warrior and it’s a pleasure to ride him… very few horses are as straightforward and brave as he is.”

The 2019 Cheltenham Gold Cup was a hugely c competitive race, and despite not being one of the most fancied horses before the race, Al Boum Photo produced a brilliant performance to win by 2 and a half lengths. He travelled strongly, and turning for home there were 8 horses in with a chance. He just stood out and was able to pull clear in the final furlong to give Paul Townend his first win in the race and give the leading trainer of all time, Willie Mullins, his first Cheltenham Gold Cup.

Al Boum Photo had to pull out all the stops to regain his title in 2020, and he did just that, holding on by a neck ahead of Santini who was closing with every stride. With his 2020 Gold Cup win, Al Boum Photo wrote his name into the record books as the eighth multiple winner of the famous race.

It was a big year for the rider Paul Townend as he took over as stable jockey from the retiring Ruby Walsh, and Willie Mullins said after the race “It’s really, really good for Paul, to take over from someone like Ruby Walsh. People said he was under pressure. Paul does his own, he probably rides better under a little bit of pressure, but he’s Paul Townend and he is top class.”

The Irish dominated the 2021 running of the Cheltenham Gold Cup, occupying the first 3 places, but it was Minella Indo who dug deep to hold off Racheal Blackmore on A Plus Tard who finished a length behind in second and Al Boum Photo who came home in third.

It was an emotional day for the winning rider Jack Kennedy, who has been plagued by horrible injuries throughout his short riding career, and he said afterwards “This is what I dreamed of as a child. It could always be a lot worse – broken legs and broken collarbones will heal. It’s obviously unfortunate, but you must get on with it. It’s definitely the best day of my life. I know I’m still young, but I suppose I have been in the position where I could have been winning them for a couple of years, so to get it done is brilliant.”

Dave has worked in the horse racing industry for over 7 years. He has worked with some of the biggest names in the racing world, including Sir AP McCoy, Sam Twiston-Davies, Emma Spencer, Aidan Coleman, and Nick Scholfield to name a few. Dave has worked at all the major racing festivals in the UK and Ireland, including Royal Ascot, the Cheltenham Festival and the Grand National.
All Posts
Related Posts
Cheltenham Festival Results 2022
Mansion Group 16/03/2022 11:00
Could You Afford to Buy and Keep a Cheltenham Gold Cup Winning Horse?
Enda McElhinney 11/03/2022 17:05
Cheltenham 2022: Tips for Picking a Winner
Ross O'Connor 09/02/2022 13:43
5 Most Successful Female Jockeys at the Cheltenham Festival
Enda McElhinney 30/01/2022 10:15