The latest news and previews ahead of the National Hunt Steeple Chase at Cheltenham in 2022. 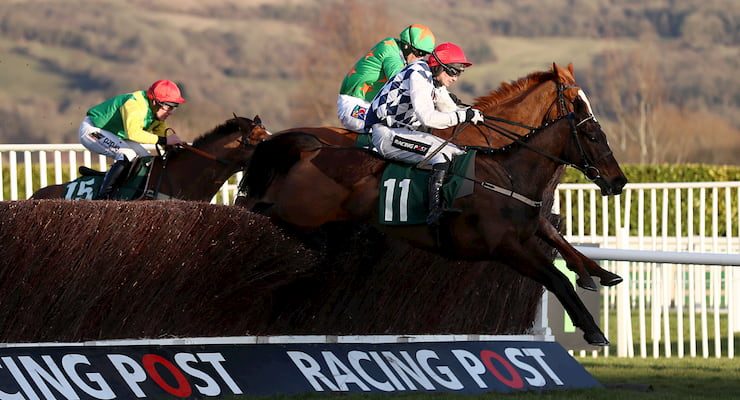 The National Hunt Steeple Chase Challenge Cup has been around for more than 150 years and has been run more times than any other race at the Cheltenham Festival.

It is open to amateur riders only and, as such, is one of the most prestigious races in their calendar and one of three Cheltenham Festival races exclusive to the amateur ranks.

This is a gruelling stamina test despite being shortened from four-miles to 3m6f in recent times. Only the Cross Country race is run over a longer trip at The Festival.

Jonjo O’Neill is the winning-most trainer in this contest with five wins, most recently via Minella Rocco in 2016.

A good jockey booking is essential amongst the amateur ranks and Jamie Codd is perhaps the best in the business right now, partnering the winner in this Cheltenham Festival contest three times since 2015.

Interestingly, since 2011, the score stands at 5-5 between Britain and Ireland in the National Hunt Cup.

Note: the predictions below refer to the 2021 running of this race – preview will be updated closer to the beginning of the 2022 Cheltenham Festival.

This has long been the target for GALVIN, second as a novice to Imperial Aura over 2m4f at this meeting a year ago and very impressive in completing a four-timer at the Showcase Meeting here in October, his first attempt beyond three miles.

The late defection of Royal Pagaille will have seen connections of Galvin breathing a sigh of relief and he can land the day one finale. Remastered is a big threat for David Pipe and even more so should the ground continue to soften up.

See if our tipster called it right by checking the Cheltenham Results page.