Tips and previews ahead of Derby Day at the 2021 Epsom Festival on June 5th. 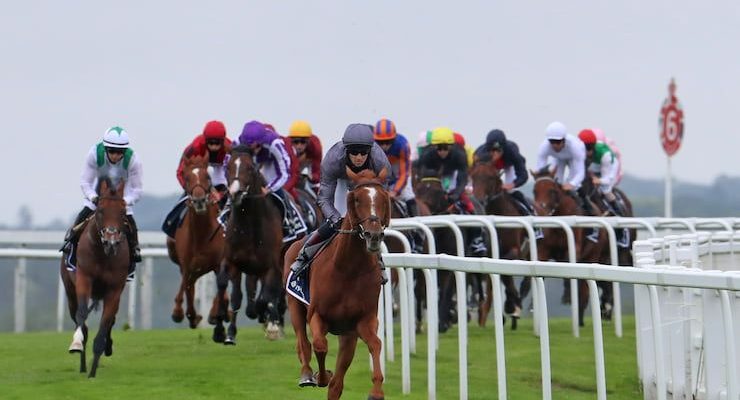 The Cazoo Derby Festival brings two magnificent days of Flat racing on the world famous Epsom Downs in the heart of the Surrey countryside on Friday 3rd and Saturday 4th June 2022.

The main event is, of course, the Saturday as the world’s oldest Classic takes place – The Epsom Derby itself.

The Cazoo Derby is the race that every jockey, trainer and owner wants to win. The race is run over a distance of one-mile-and-four-furlongs over the notoriously undulating Epsom Downs course, climbing the equivalent height of Nelson’s Column along the journey. It is Britain’s richest flat horse race, and the most prestigious of the five Classics run on UK soil.

The Derby trip asks a new stamina-question of the three-year-old generation. This is the middle leg of the Triple Crown – flanked by the 2000 Guineas at Newmarket over a mile in May and the Doncaster St Leger over 1m6f in September.

There is simply no race more important for the thoroughbred racehorse than the Derby at Epsom – the pinnacle of this sport.

Of course it’s not just The Derby itself, the first Saturday in June is always a fabulous day of racing on the world-famous Epsom Downs and 2021 sees it return to that stage after the pandemic forced Epsom back a month and into a one-day meeting in 2020.

The seven-race card on Saturday (2.00pm-5.40pm) also includes Group 3s via the Princess Elizabeth and Diomed Stakes, as well the frantic Epsom Dash Handicap Stakes over the minimum five-furlongs in the lead-up to the main event itself.

With racegoers back on the Downs this year, Derby Weekend at Epsom promises to really ignite that feeling that racing – and sport in general – is awakening from the Covid-enforced slumber that saw spectators remaining at home over the preceding 12 months.

Note that the tips below refer to the 2021 Festival, and updated tips will be available here in June 2022.

Epsom is the centre of the racing world for two days in June as the Surrey Downs stages the second Classic-weekend of the British season. Saturday is of course Derby Day itself, the world’s most iconic Classic contest taking the top billing. The £1.125m Cazoo Derby is the race any owner, trainer or jockey wants to win above all others.

The Derby is the thread that intertwines the history of the thoroughbred racehorse and it remains to the forefront of the minds of those with breeding at heart.

Since Pour Moi won for Andre Fabre and France in 2011, only two Derby-winners have been trained in Britain – Golden Horn (2015, John Gosden) and Masar (2018, Charlie Appleby). The home team will be more eager than ever to strike back after Serpentine was allowed to call the tune and dominate proceedings in 2020 at odds of 25/1. Indeed, the placed horses last summer were returned at 50/1 and 66/1, while 2000 Guineas winner Kameko was fourth as the 5/2 favourite.

The full Derby Day race programme at Epsom is below.

Form figures of 22212 on turf tell us that King Frankel is very reliable. Mark Johnston’s colt was unfortunate when bumping into the promising Bay Bridge in the London Gold Cup on his handicap bow at Newbury and should be in the firing line here despite being 6lb higher.

He may be left with a supporting role again as PATIENT DREAM has lots in his favour. He won over an extended mile here in April for trainer Ralph Beckett and had five subsequent winners amongst the seven rivals he beat. He shapes as though the longer trip will be to his liking and he gets champion jockey Oisin Murphy for company today. His course form sways the vote.

Open to fillies’ and mares’ ages three-years and above, the Princess Elizabeth Stakes is a Group 3 contest over one-mile-and-half-a-furlong and the second race on Derby Day at Epsom. Echelon (2006/07), Antara (2010/11) and Thistle Bird (2013/14) have all defended this race since the turn of the century.

Not a lot to split the market principles but STATEMENT went mightily close in the Group 3 Fred Darling at Newbury on her seasonal comeback, short-headed by smart performer Alcohol Free on the line. She wasn’t as good next time in the 1000 Guineas at Newmarket but perhaps the Lawman filly paid a toll for going forward in the early part of that race. Martyn Meade’s filly should stay this far and is a key player under David Egan in this less daunting assignment.

The Diomed Stakes – named after Diomed, the inaugural winner of Epsom’s most famous race – was established in 1971 and is open to horses aged three-years and above. It is run over a mile-and-half-furlong and is a Group 3 contest. Century Dream, winner in 2018 & 2020, became the fourth two-time winner. No horse has won three times. Last year’s renewal was run at Newbury and was sponsored by Mansion.

Century Dream’s hopes of winning this Diomed Stakes for the third time in four years may be thwarted by the only three-year-old in the line-up – MAXIMAL – for Sir Michael Stoute and Ryan Moore. He’s finished second in both starts this season – behind Derby contender Hurricane Lane (won the Dante after) and then to El Drama in Chester Dee’s Stakes when the winner got first run (next-time-out Group 3 behind in third). Dropping to a mile should suit and he gets lots of weight from his rivals here.

The ‘Dash’ is just that, a frantic five-furlong sprint across the Epsom Downs and the shortest race run at the Derby Festival. This is proper ‘blink and you’ll miss them’ stuff and it routinely attracts a large field. A tough punting puzzle and one where the market can be very informative. With the Derby Festival run on a single day in 2020 owing to the Covid-19 pandemic, this race was omitted.

Covid meant there was no Epsom Dash last year but this Derby-day favourite is back now with a 20-strong field ready for a helter-skelter scurry across this famous turf. Ornate won this in 2019 and is not discounted from 1lb lower now. He will be much sharper for his Haydock Listed run recently.

SON AND SANNIE perhaps hasn’t fulfilled the potential connections saw in him after his Naas win last June over this trip. He joined Paul Midgley’s after that and did win on the all-weather in the winter. He travelled strongly in a five-runner Doncaster race in April before finding less than desired. He’s got a featherweight now and could be dangerous if finding his best stuff travelling amongst horses in this packed field.

The Derby is the ultimate test of the three-year-old generation and the world’s most iconic Classic race. It has been dominated in recent times by Aidan O’Brien, responsible for six winners since 2012. Last year’s 25/1 winner Serpentine showed that it’s not always the most fancied of his Ballydoyle contenders that can flourish. There is no more sought-after Flat race in Europe.

After years of seeing Ballydoyle hordes contest this great contest, Aidan O’Brien surprised everyone this week by confirming only BOLSHOI BALLET would represent him this year. The son of Galileo looks to be on a sharp upward curve based on two Leopardstown wins this spring in trials for this contest and an extra two furlongs promises to suit him. Two decades after his sire’s Derby win, Ryan Moore’s mount looks destined to give the trainer a ninth victory.

Dante winner Hurricane Lane brings in the only unbeaten record and is a major contender for Godolphin, while the manner of Mohaafeth’s success at Newmarket in a Listed race five weeks ago suggests he can be a player for William Haggas and Jim Crowley.

The penultimate race on Derby Day at Epsom is the Northern Dancer Handicap Stakes over the same trip as the main event that precedes it. This handicap is open to horses aged four-years and older. With the Derby Festival run on a single day in 2020 owing to the Covid-19 pandemic, this race was omitted.

Front-running tactics were rewarded over C&D for Group One Power in April and he only found one too good at Ascot since on much slower ground. He’s the right favourite given the exciting Lost Eden was reported to have suffered an irregular heartbeat when disappointing at Ascot four weeks ago.

Alan King’s MIDNIGHTS LEGACY is still a very promising four-year-old. The colt has tried hurdles and run over further on the turf since last summer’s Haydock win at this trip. His Salisbury comeback was another hint that dropping in distance should prove a positive and he’s a player in the hands of William Buick.

Bringing the curtain down on the Derby Festival for 2021 will be the Epsom Welcomes Cazoo Handicap Stakes, traditionally run for the Tokyo Trophy. This is often a lively betting heat to conclude affairs on the Surrey Downs. With the Derby Festival run on a single day in 2020 owing to the Covid-19 pandemic, this race was omitted.

There may well be better to come from recent Goodwood winner Atalanta’s Boy, with trainer David Menuisier sure he’d left something to work on prior to that winning return last month but marginal preference is for EJTILAAB in an ultra-competitive finale. He hasn’t raced over this trip since a winning debut in 2019 at Doncaster but he found only a thriving rival too good at Chester last weekend and he’ll handle this quicker surface.

*Odds correct at time of writing.