Glorious Goodwood: 5 of the Greatest Races of All Time

We have picked out five of the best races from Glorious Goodwood; see if you agree with our list. 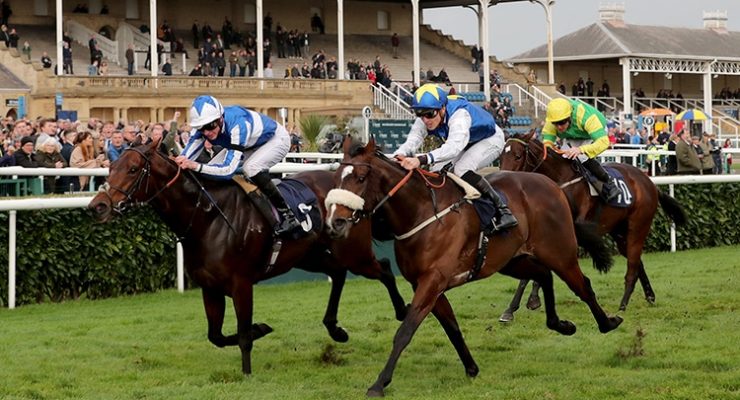 The Glorious Goodwood Festival is a staple of the British racing summer with five days of thrilling thoroughbred action set against the magnificent backdrop of the rolling Sussex Downs.

It has brought its share of memorable moments down the years and here are five of the 21st century’s finest Glorious Goodwood moments.

Billed as the ‘Duel on the Downs’ this was to be the definitive generational clash as Frankel, unbeaten and the winner of the 2,000 Guineas and St James’s Palace Stakes that summer, took on Canford Cliffs, winner of the Sussex in 2010 and himself on a five-race unbeaten sequence at Group 1 level over the mile.
Tom Queally and Frankel broke well and made the running while Richard Hughes and Canford Cliffs tracked them in second. However, at the two-furlong pole Sir Henry Cecil’s superstar quickly moved on, winning by five lengths and sending Canford Cliffs into retirement.
The great Frankel would win again in 2012 – he is the only dual winner of the Sussex Stakes.

The Michael Bell-trained Big Orange was a hugely popular stayer in his career, owing to sheer determination and willingness to battle and never did he need those traits more than in his first of two Goodwood Cup wins.
He was near the head of the market with Quest For More and Trip To Paris in what looked a wide open renewal of the two-miler.
As leader Vive Ma Fille gave way, Big Orange and Jamie Spencer took it up at the furlong pole but his market rivals were right on his heels. In an absolute thriller, the trio passed the post almost in unison but, on the judges’ call, the gallant Big Orange had held on by a neck and a short-head.
He won again a year later, as you can see in the video above.

The history-maker himself, Aidan O’Brien’s brilliant Rock Of Gibraltar became the first horse ever to win seven successes Group 1 races and he won the Sussex in great style on his sole visit to Glorious Goodwood.
A strong traveller with a stunning turn of foot, The Rock showcased the best of himself in winning this race. He was held up in fourth before cruising into contention as the final furlong loomed; and he scooted two lengths clear as soon as Mick Kinane asked him for his effort. His rivals had no chance.

John Gosden’s star relieved Big Orange of the crown in 2017, denying him a hat-trick and went on to become the outstanding stayer of his generation.
He racked up a winning sequence of ten races and, amongst those, was his third Goodwood Cup win in 2019 when he held off the rallying Dee Ex Bee by a neck under Frankie Dettori.
After a demolition job in the Gold Cup at Royal Ascot, the outstanding Stradivarius may well make history at Glorious Goodwood by becoming the first four-time winner of the Cup.

Goodwood has been spoiled in recent times with some all-time great performers and speed-ball Battaash is right up there amongst them.
Charlie Hills’ sprinter won the King George in 2017 and returned 12 months later with a power packed display in retaining the Group 2 prize, making the likes of Take Cover and Muthmir (winners of this race three times between them) look slow alongside him.
In 2019 he completed a hat-trick of wins and few would back him against him raising the bar still further in 2020.