Saturday represents the final day of the top-quality action at Glorious Goodwood with seven more races coming up. 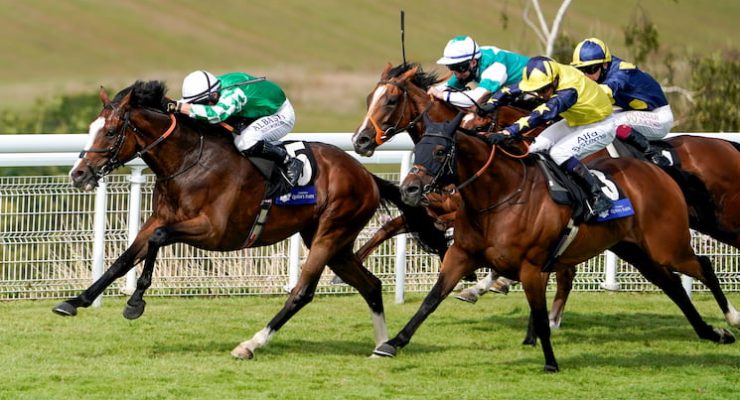 The culmination of five superb days of racing at Glorious Goodwood comes up on Saturday and, as ever, the final afternoon is headlined by the Stewards’ Cup.

The 6f dash across the Sussex Downs is quite a spectacle, with a field of 28 set to line-up.

Our tipster takes a race-by-race look at final day of Glorious Goodwood.

Note: the following betting tips refer to the 2021 edition of the Glorious Goodwood Festival; check back here on the week of the event for updated previews and predictions.

The filly SPIRIT OF BERMUDA can prove herself more than capable of beating the boys here for trainer William Haggas and rider Tom Marquand. She’s very much flourished for the drop back to 7f, winning at Leicester and Newmarket recently. The form of that HQ success has been positively advertised and she’s one to stay on the right side of despite now facing males. Of those boys, the likeable Farasi Lane and Master Zoffany are feared most.

Music Society is well-handicapped if this doesn’t come a shade fast after last weekend’s Newmarket second, while Power Over Me had an Epsom win wiped out last time after Kieran Shoemark weighed-in 2lb light. From an unchanged mark, they bid for compensation. One at a decent price with a chance is EMBOUR for Ruth Carr. His most recent Newmarket needs forgiving (raced wide) but his earlier body of work this season was decent and he’s had a near miss over C&D in the past from 5lb higher. First-time cheekpieces could perk him up.

A small field in comparison to some of the handicaps today, with just 14 in the mix. PRINCE ALEX went close over C&D (soft) in May behind the re-opposing Nuits St Georges (won again sole start since) and Rossa Ryan’s mount could excel having relocated to Michael Bell’s yard after a forgivable Newmarket effort three weeks ago. He’s got bottom-weight and should relish being back here. Rhythmic Intent was back in form when second at Sandown (1m2f, good to soft) four weeks ago and could go well back up in distance with in-form Jim Crowley on board for the first time.

WONDERFUL TONIGHT returned to action with a convincing success in the Hardwicke Stakes at Royal Ascot last month over 1m4f. She won a pair of Group 1s as a 3YO last term and fully confirmed her well-being with that win. That form is handsome too, with four of the beaten horses (Broome, Hukum, Japan and Sir Ron Priestly) coming out and winning at Group-level next time. David Menuisier began this meeting with a winner and the locally-based trainer should claim the final Group race of Glorious Goodwood this year with this confirmed stayer.

A real puzzle, as tough as any on the calendar. Fresh and Hurricane Ivor are fully deserving of their market prominence and should go well but one that’s lurking down the page is LAMPANG for Tim Easterby. He was behind Fresh in the Wokingham when unfavourably drawn but is better-housed here and the Dandy Man colt was in good form either side of that Royal Ascot effort. He’s still got scope for better at 4YO and is one to note at a fancy price.

Latest Odds for the Stewards’ Cup

Tartan Chief’s second start at Salisbury (7f, good to soft) earlier this month saw him splitting a smart prospect and a next-time-out winner. William Buick takes over on the Dark Angel colt and, of those to have run, he’s the one. Newcomer RING OF BEARA is much-feared. He cost 200,000 gns and is a nicely-bred son of Wootton Bassett. His trainer Richard Hughes saddled a first Glorious Goodwood winner on Friday and the booking of Ryan Moore is ominous – he’s 2-5 for this yard in 2021.

The Whipmaster and Turntable are a couple to be interested in for this Goodwood finale, an apprentice handicap over 1m1f, but trust is placed in Mark Johnston to have OVERWRITE on form for his second attempt at this race. He was second a year ago, when rated 6lb higher, and while he’s been hit and miss since winning at Newmarket in April, he’s now well-handicapped and the talented Jonny Peate takes off 7lb.