The prices do indicate the relative chances of a horse in the big one but they are not always on the money. Here are the biggest upsets in Grand National history. 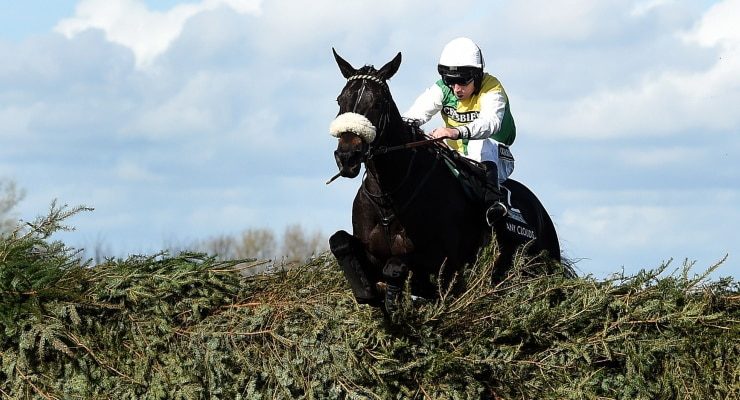 The Aintree Grand National is the most recognisable jumps race in the world, with the iconic spruce-topped fences of the Merseyside venue known the world over.

The Grand National, run in early April, is a British sporting institution like no other and here we look at five horses that have caused stunning upsets in winning the Aintree marathon, each of whom romped home at odds of 100/1.

Tipperary Tim became the biggest shock in Grand National history when he defied odds of 100/1 to score for amateur jockey Mr Bill Dutton and trainer Joseph Dodd in 1928, winning what was the 87th renewal of the great race.

The race was run on March 30th that year, amid misty conditions and heavy Aintree ground. As the field approached the Canal Turn on the first circuit, Easter Hero fell and the ensuing carnage meant only seven horses emerged with jockeys still on board.

With three to jump, Great Span was leading ahead of Billy Barton and Tipperary Tim – the only three not to have fallen. Great Span’s saddle then slipped, allowing Billy Barton to inherit the lead before he, too, fell. His jockey remounted but Tipperary Tim and Bill Dutton were home in front in a race where only two finished – the record for the fewest finishers in a Grand National.

A reported crowd of 300,000 spectators were in attendance as a field of 66 runners took to the Grand National challenge at Aintree in 1929 – which remains the record number of starters in the race.

The 1929 National was also notable as the first renewal after the filling in of the ditch that had previously preceded the Canal Turn, which had been the site of the biggest pile-up in National history the previous year.

Easter Hero, the cause of the pile-up a year earlier, went off 9/2 favourite this time but he was only second-best behind under a welter burden of 12st 7lb as Gregalach won by six lengths.

It seems that mass participation has a propensity for major shocks. In 1947 a field of 57 contenders lined out at Aintree, the biggest entry since 1929 when Gregalach stunned 65 rivals.

With the race once again occupying a final Saturday in March berth, it was 100/1 Irish outsider Caughoo that prevailed for Eddie Dempsey and trainer Herbert McDowell.

The race was shrouded in controversy as Daniel McCann, jockey on runner-up Lough Conn, accused Dempsey of cheating by taking a shortcut in the fog! The pair exchanged blows post-race before the matter was settled in court.

Perhaps one of the most famous National winners of all, and the horse after which the famous Aintree fence takes its name, Foinavon won at 100/1 in 1967 for rider John Buckingham and trainer John Kempton after a scarcely believable race.

The 121st Grand National will always be remembered for the carnage that unfolded at the 23rd fence. Popham Down, who had been hampered and unseated his rider at the first fence, was running loose in the field and he veered dramatically right on the approach to the obstacle, initially resulting in Rutherfords unseating jockey Johnny Leech.

Soon a pile-up ensued, with most of the field unable to jump the fence as traffic prevented them getting close. Foinavon, who was 22nd of the 28 still going when the drama began to unfold, arrived late on the scene and Buckingham managed to get over the fence first time, the only horse in the field to manage it.

He now led by 30 lengths and while as many as 17 rivals were remounted and came after him, Foinavon jumped his way home and won by 15 lengths. In 1984, the Aintree executive officially renamed the Foinavon fence.

The fifth and most recent 100/1 winner was Mon Mome in 2009 for sadly-missed jockey Liam Treadwell and trainer Venetia Williams.

Mon Mome became the first winner of the race to have been bred in France for 100 years when he led home the previous year’s hero Comply Or Die by a dozen lengths.

The SP might have come to a shock for some. Mon Mome had gone off favourite for the Welsh Grand National just four months earlier, though he was only eighth in the Christmas feature. He was held at Haydock in February and well beaten in the Midlands National at Uttoxeter in March, but he came to life on Merseyside.

Only tenth behind Comply Or Die a year earlier, beaten 58 lengths, Mon Mome turned on the style to win. He failed to complete in the 2010 and 2012 Grand Nationals afterwards.