Tiger Roll has won the Grand National twice - and triumphed at Cheltenham - but this superstar horse is not finished yet. 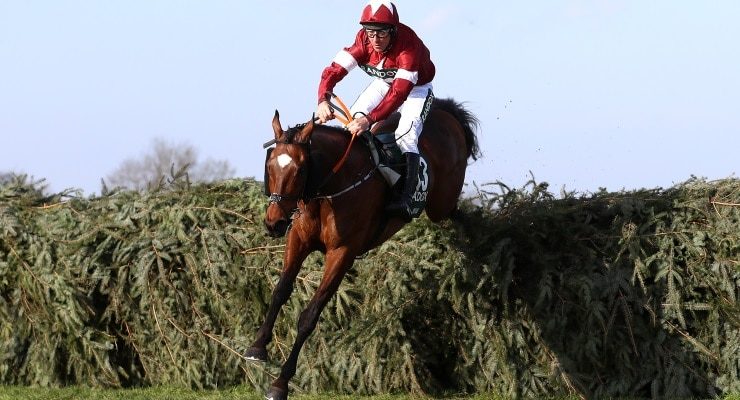 Tiger Roll’s place in the Grand National roll of honour is already assured.

He’s a two-time winner of the world’s most iconic steeplechase and has bridged a gap that stretched back to the magnificent Red Rum when he retained his crown in 2019.

The Gigginstown House-owned star might not be finished yet though, with Tiger Roll very much retaining the ambition of a third crack at ‘The People’s Race’ in 2021.

He has become, of course, in the words of his owner Michael O’Leary, ‘the people’s horse’ such is the depth of public affection for this redoubtable little star.

Jack of All Trades

Even before he triumphed at Aintree in April 2018, Tiger Roll had to be considered amongst the most remarkable performers of a generation. His exploits at the Cheltenham Festival, that great amphitheatre in the Cotswolds, made him thus.

There in 2014 he would win the Triumph Hurdle over two-miles-and-a furlong as a juvenile, a Grade 1 winner on only the third start of his career. After that it’s fair to say his journey went on a sideways trajectory for a while. In the 2015 campaign, he came up short in open Grade 1 company over hurdles and by the summer and autumn of ’16 he was embarking on a chasing career.

He picked up a couple of wins but many questioned his stamina when he ramped up at Cheltenham in March 2017 going for the four-miler under Lisa O’Neill. The doubts were unfounded, the Tiger a gallant Festival winner again.

Fast-forward another 12 months and he was at Prestbury Park again, this time remarkably winning the Cross Country Chase of 2018. He would triumph once more by a whopping 22-lengths in defence of that crown but, by then, he was an Aintree hero too.

National Glory for Russell and Tiger

On the 14th April 2018, Tiger Roll began writing his chapter in Grand National folklore. He had been pulled up in the Irish version at Fairyhouse the previous Easter but something about the unique fences on Merseyside brought him to life, arguably like nowhere else before, despite his status as a multiple-graded winner and (by then) a three-time Cheltenham Festival hero.

He rarely looked in any bother on the journey around Aintree and got to the lead going smoothly under his exceptional partner Russell. They held a five-length lead at the famous elbow but as the wining line approached, the Willie Mullins-trained Pleasant Company and David Mullins were eating into the advantage.

They went by the line almost in unison and it was easy to see from the body language that Russell wasn’t sure he’d held on. But hold on Tiger Roll had, and the Grand National was his.

Not since the great Red Rum (1973-74) had a horse won successive Grand Nationals and Ginger McCain’s icon was also the most recent repeat winner, having scored again in 1977.

So it was that Tiger Roll arrived at Aintree on 6th April 2019 with the burden of history on his back. He came there in form too, having won a Grade 2 hurdles race in Ireland on his comeback and then romped to Cross Country glory yet again at Cheltenham.

He was the only show in town, despite facing 39 rivals in the toughest race in the world. He would go off the 4/1 favourite and, in all honesty, as the race wore on his backers never had a worry.

Russell steered him around almost trouble-free and they were clearly going as well as anything entering the closing stages. They moved up between the final two fences and Tiger Roll jumped ahead at the last. He was clear once more at the elbow with Grand National history beckoning and the gallant mare Magic Of Light never looked like bridging that gap.

In splendid Aintree sunshine, Tiger Roll had achieved something that rarely has looked either plausible or possible in the modern era. He was the biggest star in jumps racing.

He missed his chance to come back in 2020 as The Grand National fell with the pandemic but Tiger Roll remains favourite at 11/1 to complete a hat-trick of Aintree successes in 2021.

Those closest to him feel it’s still right within his grasp, with Lisa O’Neill – his partner in that four-mile Cheltenham win – adamant that Tiger Roll knows where he is in Liverpool.

“Aintree is his playing field. Like Cheltenham, he comes alive there,” she said on the run-up to 2020.

There won’t be a bigger story going into the Grand National.