Our resident tipster picks out some potential winners from the final day of the Ascot festival. 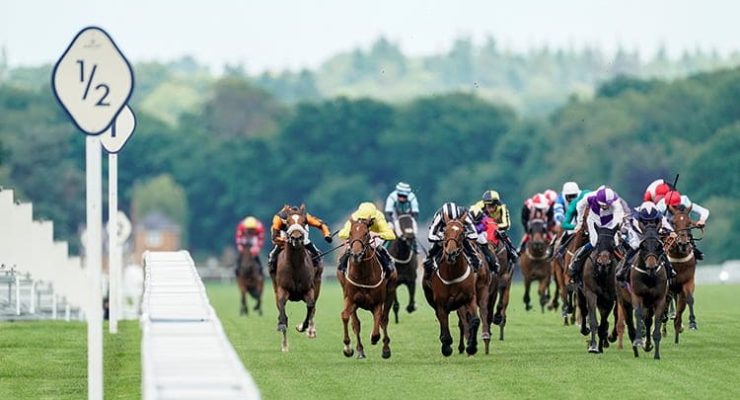 Day 5 of the Royal Ascot Festival commences on Saturday 18 June. It is the final day of the Royal meeting and features seven races starting from 2.30pm.

The final day of the Royal meeting features an action-packed afternoon with top-class flat racing in store.

Fans can expect to see the following races: the Silver Wokingham Handicap, the Chesham Stakes, the Diamond Jubilee Stakes, the Wokingham Stakes (Heritage Handicap), and the Queen Alexandra Stakes among others.

Our horse racing expert Enda McElhinney brings his years of experience to bear with tips for every race from the card on Day 5 of the Royal Ascot Festival.

The Old Firm draw swords in the opener as Godolphin’s New Science tackles Coolmore’s POINT LONSDALE. Both colts made winning starts recently, Charlie Appleby’s son of Lope De Vega very comfortably at Yarmouth from the re-opposing second Reach For The Moon, and Aidan O’Brien’s Australia colt in authoritative fashion at the Curragh. The Irish contender did so on soft ground in a good time and the brother to Broome can hold sway for Ryan Moore with conditions seemingly set to favour him. Reach For The Moon will be wiser today and Andrew Balding’s soft-ground Goodwood winner Masekela is one for each-way consideration.

An open canvas for the Jersey Stakes and lots of contenders with rights to feel they’ll be big players. The likes of Mutasaabeq and Naval Crown found the 2000 Guineas too hot and should do better here but so, too, might last year’s Windsor Castle winner TACTICAL for Andrew Balding and Oisin Murphy in the Royal silks. He beat Naval Crown at Newmarket over this distance on his return and wasn’t suited back at 6f since at Newbury. He can turn things around with Creative Force from that afternoon and is a solid player at decent odds.

Beware Sir Michael Stoute in the Hardwicke as Highest Ground bids to give him a seventh victory since 2010. He should go well. Aidan O’Brien meanwhile paints by numbers in a bid to improve a less stellar record in the race and Broome may be best of his quartet. The unbeaten Ilaraab is a contender for sure for a yard in fine form but HUKUM beat a strong field at this meeting last summer and comes here having won a soft-ground Listed Goodwood race four weeks ago. The Sea The Stars colt is capable of better still at four and is fancied to double his Royal Ascot tally.

The final Group 1 of the meeting and progressive sprinter Starman has been put in as favourite on foot of his York Group 2 win last month (6f, good to soft), where he inched out re-opposing Nahaarr with King’s Stand winner Oxted in third and a host of these then behind him. Starman’s lone defeat was over C&D on soft ground, a bit of a worry. Therefore DREAM OF DREAMS gets the nod to finally win this race. He’s been a head-second in the last two renewals and would surely have won last year had he not been left with so much late ground to make up. He is a soft-ground Group 1 scorer already and Ryan Moore can go one better this time.

The remarkable rise of Rohaan cannot be certain to stop here. He’s bagged Group-race wins in his last two and reverts to a handicap some 55lb higher than when scoring at Newcastle in the depths of the winter. King’s Lynn ran a cracker in a Group 1 on Tuesday despite traffic woes. He’s got an obvious chance but a poor draw so ABERAMA GOLD gets a tentative nod instead. He’s well drawn and always runs his race. At four-years-old, he’s still got time on his side and he ran well in first-time cheekpieces at Epsom recently.

King Frankel scarcely travelled a yard at Epsom but Mark Johnston’s colt somehow came flashing home late to be denied on the line. He’s got Frankie Dettori on board here and has to be a player. ALFAADHEL makes his handicap bow however and has won at Chester and Lingfield recently, defeating subsequent winner and re-opposing Sir Rumi last time. This opening mark is no gimme but he looks quite talented for Shadwell and Roger Varian and should mount a bold bid.

We end where we began on Tuesday, with ‘Mr Ascot’ Frankie Dettori doing what he does better than anyone, winning races at this famous meeting. He had lots to spare on FALCON EIGHT in the Chester Cup last month despite charting a wide course on the final turn in that Roodee contest. That was a personal-best for Dermot Weld’s charge on seasonal bow and he’s very favourably treated on these terms over this marathon trip. Last year’s winner Who Dares Wins faces a tougher race now seemingly, with former Cesarewitch winner Stratum appearing for Willie Mullins, while Stag Horn would be very dangerous if allowed an easy time on the front end.