Our St Leger betting guide takes you through all the action on Day 1 of this famous festival. 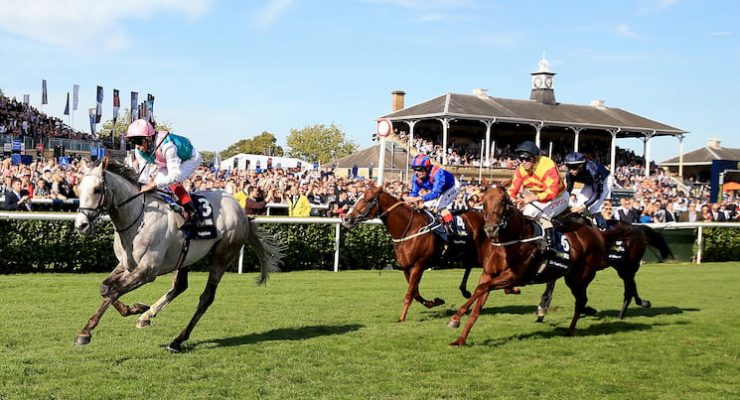 The St Leger Festival gets underway at Doncaster (1.45pm-5.00pm) on Wednesday afternoon. Four days of thrilling action on Town Moor await. The St Leger Legends charity race is the main dish on day one and our tipster has selections for all seven races below.

Note: the tips below refer to the 2021 St Leger Festival; updated previews will be available on the week of the 2022 Festival.

A competitive nursery to start the card and it might be worth taking a chance on BULLET FORCE building on his impressive victory at Musselburgh last time. The lightly raced Karl Burke-trained juvenile has progressed with each of his three starts and was well on top in that five-runner 7f maiden, scoring by a length and three-quarters. That form was franked when the runner-up won at Brighton on Monday and Bullet Force is fairly treated off a mark of 82.

It’s hard to get away from SHUT UP MICHAEL in this mile maiden. The son of Galileo Gold went off an unfancied 28/1 chance from a wide draw on his debut at Sandown last month, but he quickened up well in a sprint to the line to finish third behind hot favourite King Of Conquest. Shut Up Michael will be hard to beat if he can build on that promising start.

Jockey bookings can be as significant as form in this event confined to legends of the sport. It seems fair to assume it will go to either Barry Geraghty or Richard Johnson, who will both be having their first rides in the race after retiring. Geraghty partners MUMTAAZ and gets the vote. The four-year-old has been in good form on quick ground over this trip this summer and was second behind the improving Noble Patron at Windsor last time. That gives him a big chance.

This is a tough call. Highfield Princess, Just Beautiful and Double Or Bubble have all been in good form this season and any of that trio could win depending on who is at their best on the day. A low draw is generally preferable at Doncaster and that might swing it for HIGHFIELD PRINCESS. She was second to Space Blues at York last time and there is nothing of his quality in this. Highfield Princess has had a long season but keeps running to form.

Arecibo has only won six times in 46 starts and, while he sets the standard on form, it’s hard to be confident about him getting the job done. I wouldn’t want to take the short odds on offer. Epsom trainer Adam West saddles the improving LIVE IN THE MOMENT and he was unlucky to bump into an in-form Copper Knight at York last time. Live In The Moment will need to come on again to land this Listed event, but he is lightly raced and he might be up to it.

The lightly raced Faisal and Anmaat are likely to head the betting here, but it might be worth taking them on with POWER OF DARKNESS The Marcus Tregoning-trained six-year-old has always had plenty of talent and he has shown it on his last two starts. He won well at Newmarket last month and then did some good late work to finish sixth in a stronger race at Newbury last time. He was given too much to do that day and this track might suit him better.

A tough race to finish. It can often pay to follow horses who are in form at this late stage of the season and AL SIMMO certainly fits the bill. He has won four of his last five starts and was impressive over this intermediate trip at Bath last time. He has gone up another 7lb, but could still be improving and that is a lot more than can be said for many of his more exposed rivals.

Be sure to check out our blog’s St Leger section for daily tipping advice from our racing experts and brand ambassador Hayley Turner on the St Leger Day 1 racecard.