York's Ebor Festival gets underway on Wednesday and there are seven fantastic races to get stuck into. 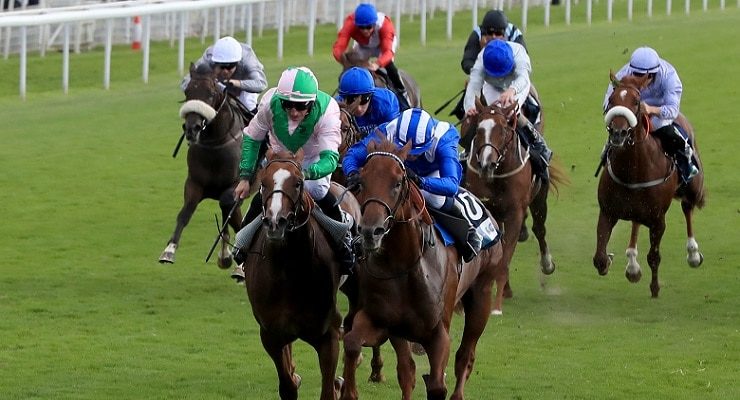 It’s the opening afternoon of York’s Ebor Festival on Wednesday and the stars are out in force for the first of four top-class days of racing on the Knavesmire.

Day one is spearheaded by the Group 1 Juddmonte International Stakes at 3.35pm, ably supported by the Acomb Stakes and the Great Voltigeur.

A big field for the opening contest, with 22 declared, and this sprint is of the wide open nature. Twilight Calls, Major Jumbo, Whenthedealinsdone and Hurricane Ivor are all possible players but LIVE IN THE MOMENT should build on a pleasing comeback third at Chelmsford recently. He won 5-6 last year, two of them here over 5f on soft/good ground and that reappearance suggested there’s more mileage in him.

Noble Truth holds Ehraz on their Newmarket (7f, good to firm) clash last month. Charlie Appleby’s colt should have more in him and that form is strong, as the re-opposing Richard Hannon inmate is one of three next-time-out winners to emerge from the contest. DUBAWI LEGEND bolted up on debut at Doncaster (7f, good to firm) last month however and Hugo Palmer’s colt could be quite smart. He’s taken to bag this.

Aidan O’Brien and Charlie Appleby account for five of the eight-runner Great Voltigeur field. Kemari won the Queen’s Vase over 1m6f for the latter when last out and should go well coming back in trip, while High Definition was third here in the Dante over 1m2f before flopping in the Irish Derby. Both are considered. SIR LUCAN swept by the likes of Third Realm, Youth Spirit and Yibir when second in the Gordon Stakes at Glorious Goodwood under Frankie Dettori last time and has a strong chance in first-time cheekpieces now.

Mishriff took the scalp of Love as they were second and third to Derby winner Adayar in the King George at Ascot last month. John & Thady Gosden’s charge is the one to beat down in trip, though the Ballydoyle filly isn’t likely to go down without a scrap. Sussex Stakes winner Alcohol Free must prove stamina but maybe ALENQUER can come out on top if this is run at a good clip. He beat Adayar over this sort of trip at Sandown before his Royal Ascot success at 1m4f and he was third since in a French Group 1 won easily by Hurricane Lane. He may outrun his spot in the market.

The form of last month’s Newbury success from SCARAMANGA is solid, with the second and third going close in their next starts. Paul Nicholls’ runner is 7lb higher now but could well have more to offer at this sort of distance on the level. Platform Nineteen won after a long layoff at Beverley last month and has backed that up since at Goodwood over a longer trip. He, too, is a contender.

She’s yet to win in three starts here at York but EY UP IT’S MAGGIE has shaped well in all instances, including when third in a 17-runner contest back in June from 2lb lower under this claiming rider. She probably wasn’t best suited by a muddling pace at Chester in one run since and could go well back on the Knavesmire at decent odds.

Bosh ran a stormer when second in the Ballyhane Stakes at Naas over this trip recently, only narrowly missing out on the €150,000 prize. He’s a major contender, as the market has identified. This is a tougher challenge for LADY LADE compared to the races she has won at Carlisle and Hamilton on her second and third starts, but she does look capable of further progress and can give a good account.

*Odds correct at time of writing, except Juddmonte Stakes odds which update in real time.