York again hosts seven races on the third day of the Ebor Festival, with the Nunthorpe Stakes at 3.35pm expected to be the highlight. 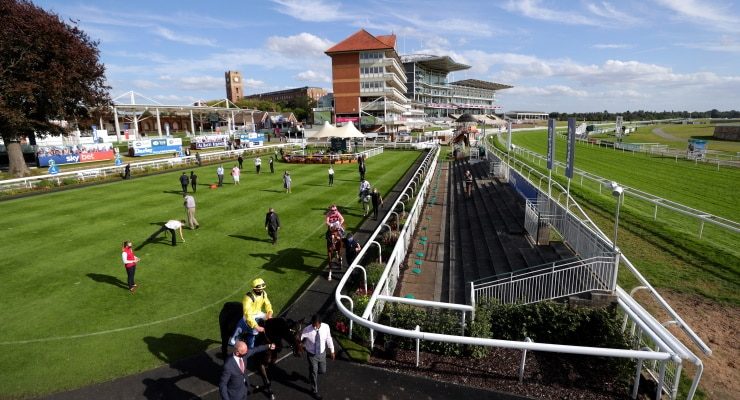 York’s Ebor Festival moves into day three of four on Friday afternoon and the headline act is the Coolmore Nunthorpe Stakes at 3.35pm over the flying five-furlongs, which promises to be a breathtaking thriller.

Our tipster sets the scene for day three at York with a race-by-race look at the card.

Glorious Goodwood winner Wink Of An Eye remains with more to offer and is in flying form for trainer William Haggas, ensuring his latest ratings rise isn’t sure to stop him. My Frankel and State Of Bliss are others with good claims but perhaps the market is overlooking CORMIER.

Brian Ellison’s 5YO won a good C&D handicap last month (reliable form) and was simply too keen at Newcastle on the all-weather next time. He’s got a lightweight and can get plenty cover in this.

The champ vs. the new kid on the block as STRADIVARIUS looks to win this for a third time and make it 5-5 on visits to York, with Goodwood Cup winner Trueshan presenting a major threat. Alan King’s charge won that race well – after the four-time kingpin was ruled out on account of soft ground – and cannot be dismissed despite the notion softer ground would be ideal.

July Stakes scorer Lusail and Coventry winner Berkshire Shadow are key players despite 3lb penalties. The latter was touched off at Glorious Goodwood in the Vintage but they are standard-setters here.

FEARBY, meanwhile, was eclipsed in the Molecomb at Goodwood by stylish winner Armor from the Richard Hannon team. He, too, retains potential for more and might prove well suited tackling 6f for the first time here.

Wesley Ward and Frankie Dettori have experienced Nunthorpe heartache together before, but they are back for another tilt now with Golden Pal. The son of Uncle Mo is all pace and will go quite a clip early on.

With the likes of Liberty Beach and Winter Power in attendance, this could be a burn up. That can play to the hand of Glorious Goodwood winner SUESA, the French filly having really powered home to bag that Group 2 three weeks ago. She’s still very much on the rise.

Broadspear was second on debut at Salisbury in June and has excellent prospects but BRAZILIAN BEACH is that little more experienced after a good runner-up finish at Glorious Goodwood 22 days ago when clear of the remainder behind well-touted favourite Wilderness Girl.

Mark Johnston’s daughter of Fast Company gets 5lb from the boys now and may well open her account.

Little to split the top four in the market, with Goodwood winner Achelois the early favourite for Andrew Balding and Oisin Murphy after three wins in four starts lately.

Sea La Rosa and Jewel In My Crown are other solid options but Dermot Weld’s UMNEYAAT has the ability for a big run. Winner of a maiden in Ireland last time, her earlier defeat at Naas bodes well and she has scope for better on her first handicap start at this distance with Jim Crowley on board in the Shadwell colours.

Raadobarg could bounce back from a disappointing Royal Ascot run, while Royal Fleet is 3-3 thus far and a danger to all in a first-time hood for Charlie Appleby and William Buick. He’s up 7lb for his Newmarket handicap debut success, however.

KING TRITON got the best of Motawaajed in a Thirsk novice in June – the pair miles clear – for Roger Varian and has since moved to Grant Tuer’s after changing hands for 100,000 gns. The runner-up is 2-2 since, including a Doncaster handicap off 95 last week, and Hayley Turner’s mount can be a player here at decent odds.