We head into the final day of York's Ebor Festival on Saturday and we have selections for all seven races! 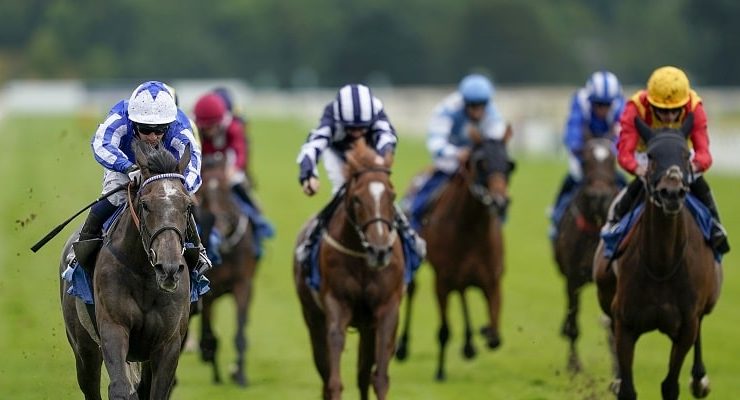 The featured Ebor Handicap (3.35) headlines the final day of York’s four-day festival. On a stellar afternoon of racing across the country, leading staying handicappers are brought to the fore on the Knavesmire.

Real World is the horse to beat after a blistering Steventon Stakes victory, in which he achieved a Racing Post Rating of 120. If he can reproduce that effort, which wouldn’t look out of place in a Group 1, he will record the hat-trick. However, he can race keenly and won’t want any of the forecast rain, so the vote goes to My Oberon, who bolted up by six lengths at this track last year and has been plying his trade at the top level this term.

Just a length-and-a-quarter split Moshaawer and Valley Forge in a Doncaster maiden last month when the Shadwell-owned runner gave 6lb to his chief rival. Valley Forge is 2lb better off here and should be favoured by the step up in trip for trainer Andrew Balding, who is having a fantastic year. The form of his recent Catterick success received a boost when runner-up Nadein hacked up earlier this week, and a mark of 83 looks fair.

Three-year-old fillies have a good recent record in this race, and Primo Bacio is fancied to add her name to the roll of honour. The Ed Walker trainee receives 8lb from her older rivals and gets the assistance of Tom Marquand for the first time. She suffered a luckless passage in the Falmouth in July before getting bumped around in a messy Prix Rothschild. Although she tackles the boys for the first time, this isn’t the strongest heat.

Ilaraab headed the ante-post market for the Ebor just two months ago but is now available at almost double the price after his Hardwicke Stakes defeat. This improving stayer recorded six consecutive victories, two of which came at this track prior to finishing eighth in the Royal Ascot Group 2. The Hardwicke attracted a strong field, and the shape of the race, as well as the track, clearly didn’t help this out-and-out galloper. Freshened up and returning to York, Ilaraab is the value play.

The once-raced Ballet Steps is respected despite a quick turnaround after her debut victory, but preference is for Thunder Love for George Boughey. This filly hasn’t been seen for 108 days but showcased her electric early speed and push-button acceleration on two all-weather starts in the spring and has been kept on the sidelines for an autumn campaign. An entry in the Cheveley Park next month hints at her talent.

Ralph Beckett’s handicapper has only won once since his juvenile campaign, but that victory came in this race 12 months ago. He bolted up off a mark of 94 that day before taking second in the Cambridgeshire at Newmarket off 4lb higher. He’s disappointed in six subsequent starts but suffered trouble-in-running here on his penultimate outing and was unfavoured by heavy ground last time. Now down to a mark of 95, Lucander can repeat last year’s feat.

Tim Easterby took this race in 2016 and 2018 and can record another success courtesy of Showalong. This three-year-old colt defied a penalty to win a novice contest at this track on his final start at two and has clearly taken a step forward this season. He followed a Chester victory with a creditable fifth behind the talented First Folio at this track in June, which was a career-best performance on RPRs. He’s been dropped 3lb in the weights since and warrants respect on the return to York.