What to expect when Conor McGregor returns to the ring to face Dustin Poirier on January 23rd. 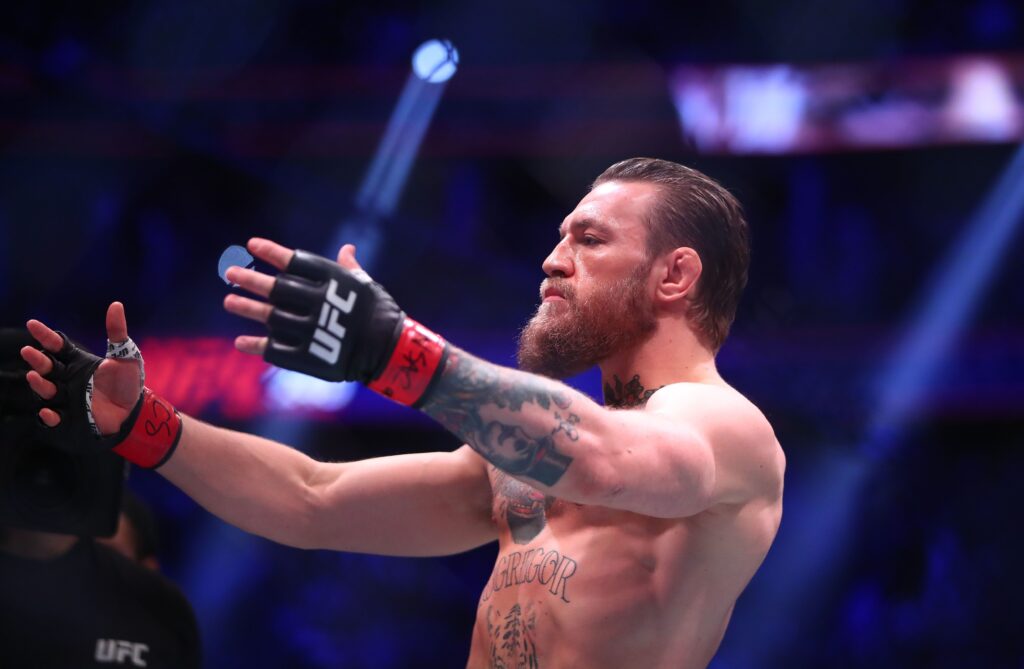 The UFC’s prodigal son is finally set to return home to the octagon. Conor McGregor, who last fought at UFC 246 in January of last year, is scheduled to fight once again at UFC 257 on January 23rd on the mystical, magical UFC Fight Island (aka Flash Forum on Yas Island, Abu Dhabi, United Arab Emirates).

This is a big deal, obviously. McGregor doesn’t fight very often (at least inside the cage – he seems to be in constant legal fights involving bad behaviour outside of it), constantly is “retiring”, and constantly is threatening to take another sham boxing match. So, in honour of this monumental event, I thought I’d do a whole column breaking down Poirier-McGregor 2.

Tale of the Tape

Oh, right – Conor needs to have an opponent on the other side of the cage against him. I have yet to mention who that is. That would be Dustin Poirier, and as the event name UFC 257: Poirier vs McGregor 2 hints at, this is indeed a rematch. The two men met way back at UFC 178 in September of 2014, when they were featherweights and still in their mid-20s. The fight ended in under two minutes, with McGregor TKOing Poirier with a strike behind his ear, followed up with punches while Poirier was on the ground.

How much we can glean from that fight is up for debate. First, it was a long, long time ago in fight terms. Secondly, both men were fighting at 145 pounds – this contest will be at lightweight (155 pounds), which is a much better weight class for the two. Lastly, the fight ended so quickly there is not much info to take away from it. Perhaps it’ll give a mental advantage to the Irishman, considering he knows he can knock out his American opponent (not that McGregor needs any more confidence in his own abilities than he already has).

Looking at the tale of the tape and the statistics heading in doesn’t give us much help either. Both men stand 5’9”, both are southpaws, Conor is only one year older than Dustin, and he has a two-inch reach advantage. Pretty much a push. Their striking stats – the top predictor of a winner of an upcoming fight – are also identical – remarkable so, even. From UFCStats.com, you’ll see that Poirier lands 5.57 strikes per minute; McGregor 5.43. Poirier’s striking accuracy is one percent better than McGregor’s, at 50%. Both men absorb a little over four strikes per minute from their opponents, and their striking defense is also only one percentage point apart, with McGregor leading at 55%.

In terms of grappling, Poirier is more active with his takedowns and looking for submissions, while McGregor is more accurate on takedowns and has better takedown defense. So, a wash here also. And both men won their last fight after losing the fight before to Khabib Nurmagomedov.

McGregor’s Power to Make the Difference

The big factor in this fight could be McGregor’s power, which is normally the determining factor in all his fights. He not only hits hard, but he is remarkably accurate and has impeccable timing. If Poirier allows this to be a striking battle, there is a good chance he’ll have his lights put out, even though he’s is extremely durable. Will Poirier use his grappling and try to take McGregor down? Will he even be able to take Conor down, considering the Irishman has particularly good takedown defense?

All this adds up to an awfully close fight to call – however, the odds don’t reflect this. Most books seem to have the fight currently in the 10/27 range for McGregor. While my pick to win it is McGregor, I’m not a fan of such high odds. However, I do think that he’ll win by knockout, and you can get that at a much more advantageous 5/8 currently.

*All odds correct at time of writing.

Jeff Fox offers expert insight into the world of MMA & UFC betting from his years of experience in the industry. His work has appeared in publications such as SI.com, St Louis Post-Dispatch, SLAM, Fighters Only Magazine & FIGHT!, among many others. Jeff shares his UFC betting tips with MansionBet readers on a weekly basis.
All Posts
Related Posts
Will MMA Replace Boxing as the Number One Combat Sport?
Bobbie Jackson 05/04/2022 10:53
5 Best UFC Fighters of All Time
Bobbie Jackson 20/03/2022 08:00
5 Quickest KO’s in UFC History
Bobbie Jackson 08/01/2022 14:12
UFC Champs at End of 2022 Predictions – Part 2
Jeff Fox 08/01/2022 10:43