Could You Afford to Buy and Keep a Cheltenham Gold Cup Winning Horse?

With the ultimate prize being a Cheltenham Gold Cup success, just how realistic is it for the ordinary racing fan to dream about going into ownership? 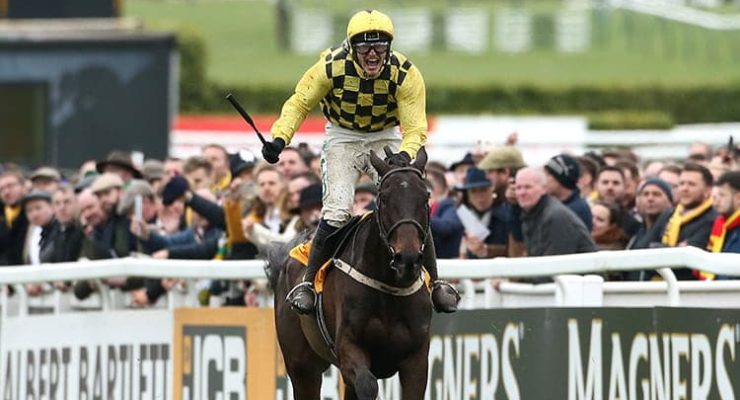 Blog > Sports > Other Sports > Could You Afford to Buy and Keep a Cheltenham Gold Cup Winning Horse?
Menu

The dream for any racehorse owner over jumps is the Cheltenham Gold Cup, the most prestigious race on the calendar in Britain and Ireland.

From the greats of bygone eras such as Golden Miller and Arkle, to the 21st century stars like Best Mate and Kauto Star – getting your horse’s name on the Cheltenham Gold Cup roll of honour assures a timeless place in National Hunt racing history.

But is that higher echelon of the ‘sport of kings’ a dream too far for the ordinary owner in the modern day of powerful multi-millionaire ownerships seemingly dominating racing?

There’s no doubting that deep pockets are a major help in racehorse ownership. It’s an expensive game and, once the money’s spent, there’s no such thing as an assurance that success will follow.

It’s just not the case that more money invested equates to more success on the track.

For every Gigginstown House Stud, the Michael O’Leary-led ownership magnate with multiple Grand Nationals in Ireland and England and Gold Cups via War Of Attrition (2006) and Don Cossack (2016) amongst a glittering array of prizes, there’s a Rich Ricci.

The American businessman has poured money into the jumps game – and still does – and got rewards with stars like Annie Power, Douvan, Vautour and more. There have been many, many star performers for Ricci at the Cheltenham Festival – but no Gold Cup.

Djakadam ran in four renewals and twice finished second but that remains as close as Ricci has come, in spite of huge investment.

So, too, the case of JP McManus – one of racing’s biggest supporters and a man that has owned more horses than could be counted – but only the dour stayer Synchronised in 2012 has bagged the Blue Riband for him.

Syndicates the Way to Go

Getting into racehorse ownership is no longer a solo pursuit. There are lots of examples of owners coming together with a star – such as Bravemansgame for John Dance and Bryan Drew, a pair of owners that Britain’s champion trainer put together through having horses in training with him.

Together, they now have one of Britain’s most exciting young and up-and-coming chasers, already a Grade 1 winner and with a bright future ahead.

There are now lots of affordable syndicates throughout Britain and Ireland allowing people to get into racehorse ownership at a relatively modest financial level. By pooling those investments, with well managed plans in place, these syndicates are thriving.

Former racing professionals like Mick Fitzgerald and Noel Fehily add allure to their groups and the syndicate members get the advantages of visits to major yards, raceday access to owners & trainers enclosures and the thrill of seeing ‘their horses’ excel on the track on occasion at a fraction of the price that might be expected.

Picking up the Dream Horse

There are exceptions, of course, with the mare Skyace being one of the more recent cases in point. A group of six young Irish friends formed the Birdinthehand Syndicate and went to legendary trainer John Joseph Hanlon with €10,000 in summer 2020 asking him to find them a horse.

To their surprise, the man known as ‘The Shark’ told them he had his eye on a decent mare at the Ascot sales and he duly bought her for a measly €600 as a cast-off from the all-conquering Willie Mullins yard.

Skyace would win four of her first nine starts over hurdles for ‘Shark’ Hanlon and the Birdinthehand Syndicate, before a big run at the 2021 Cheltenham Festival where she finished fourth. A few weeks later, she was a Grade 1 winner at Fairyhouse, prompting scenes of delirium from her owners as they watched on from far-off Dubai.

She won’t be a Gold Cup winner in all probability (hasn’t jumped a fence yet!), but Skyace proved that even amongst mega-bucks owners of jumps racing today, a rags to riches story still has room to breathe.

Enda is a journalist who specialises in horse racing, especially the action in the UK and Ireland, and has shared his racing betting tips on a number of well-known publications and websites over the last 10 years.
All Posts
Related Posts
Top Five Biggest World Cup Final Stadiums
Aidan Perkins 30/04/2022 12:10
Sergio Aguero in Profile
Steve Davies 21/04/2022 14:11
Five Best German Players to Play in the Premier League
Thomas Hill 05/04/2022 10:53
Canada’s 5 Greatest Sports Stars Of All Time
Bobbie Jackson 26/03/2022 12:57