Ronnie O'Sullivan is a legend of the game and his glittering CV proves this, but there has been controversy on this road to success!

Ronnie O’Sullivan was destined for glory from an early age and we take a sweeping look at a glittering career.

Born in the West Midlands in 1975 but raised in Chigwell, Essex, O’Sullivan brimmed with snooker talent from an early age. Given the nickname of the Rocket because of his quick and attacking style of play, O’Sullivan won the British Under-16 Championship at the tender age of 13.

O’Sullivan made his first maximum break aged 15 and won the World Under-21 Snooker Championship in 1992. That was the year the Rocket turned professional, alongside fellow snooker greats Mark Williams and John Higgins. That class of 1992 have lifted 13 world titles between them and all three are still going strong.

The Rocket’s first ranking event and major win came in the 1993 UK Championship at the Guild Hall in Preston.

Aged just 17, O’Sullivan beat World Champions Ken Doherty and Steve Davis before defeating the dominant force in snooker, at the time, Stephen Hendry 10-6 in the final. By claiming the UK crown the Essex potter became the youngest ever winner of a ranking event, a record that still stands today.

Between 1996 and 1999 O’Sullivan was a growing force in the game. The Rocket made three World Championship semi-finals in those four years and although the Sheffield showpiece eluded him, there was something special brewing.

At the 1997 World Championship, O’Sullivan made his first 147 in professional competition and that maximum was made in an astonishingly quick five minutes and eight seconds, a record to this day.

It was clear that a first world crown was just around the corner but there were some thrills and spills along the way. O’Sullivan has always been outspoken and forthright in his views, mostly to the good, but during the late 90s his career was becoming increasingly marred by controversy.

Tensions peaked when O’Sullivan assaulted an assistant press officer at the 1996 Crucible event. As a result he was handed a suspended two-year ban from snooker and a £20,000 fine.

However, the Rocket avoided any further punishment and went on to win the first of six World Championship titles when beating John Higgins in the final of the 2001 Sheffield showpiece.

Lasting Legacy and the Greatest Ever?

After landing his first world title in 2001, O’Sullivan was no longer just the greatest showman, he was now snooker’s leading light.

The Rocket’s talents and achievements can obviously be measured in tournament wins. Six World Championship titles, seven UK Championships and seven Masters titles contribute to 37 career ranking titles, but that’s not all O’Sullivan will leave behind when he eventually calls time on a wonderful career.

The Essex cueman is the only potter to have made more than 1,000 centuries, he has more maximum breaks than anyone else, and he has achieved all of these titles and milestones with a supreme level of style and showmanship, never seen before, and not likely to be seen again.

O’Sullivan has helped lift snooker, keep it afloat and entertain snooker fans for nearly 30 years and he’s a long way from finished yet. People will point to Hendry’s seven world titles and make the case for the Scot as the best ever, but the Rocket lifted his sixth Crucible crown earlier this year and he will be back to defend his title next season.

The Rocket doesn’t need to equal Hendry’s record to be considered the greatest ever cueman, but he’s 3/1 to do so next year and if he manages to bag seven there will be no debate. 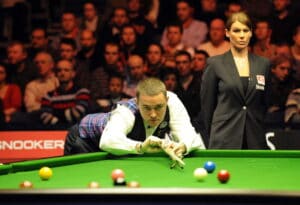