Ahead of the Snooker World Championships we look back at some of the all-time greatest shots in the history of the tournament. 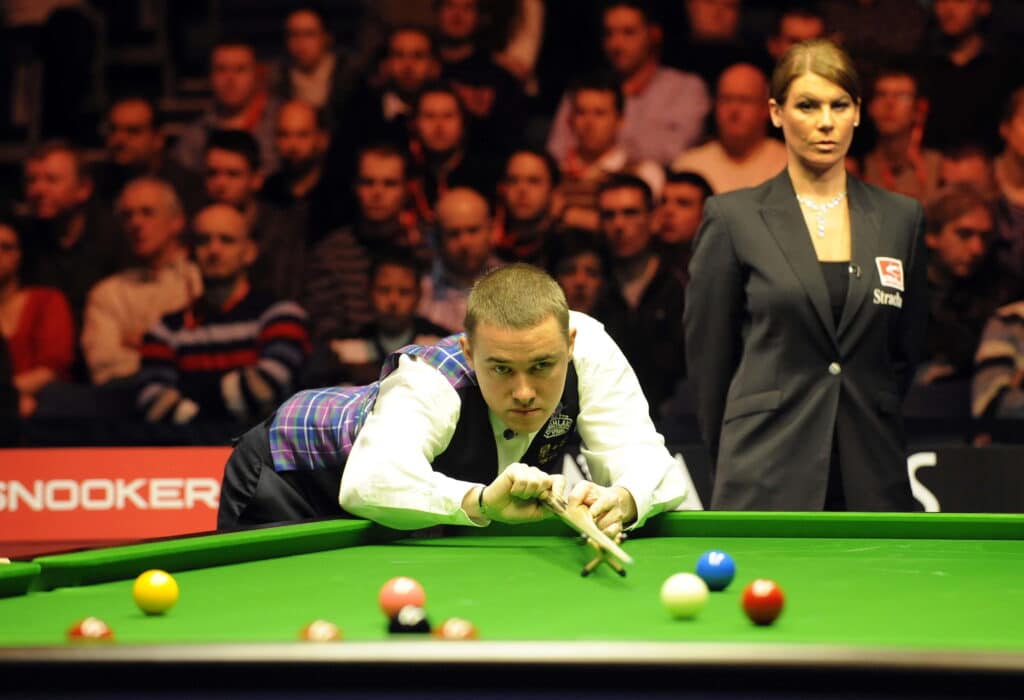 Snooker’s World Championship is due to start in Sheffield at the end of the month and to whet the appetite of green-baize punters, here’s a list of five of the greatest shots in the Crucible Theatre’s history.

The sport has made a terrific effort at bouncing back from the coronavirus pandemic and with successful Championship League and Tour Championship tournaments already staged, it’s no wonder that snooker has provisionally been given the green light by Government to allow a limited spectator audience for its delayed flagship event in South Yorkshire.

So with everything apparently on track in snooker, let’s remind ourselves of some of the finest shots ever seen at the historic Crucible.

Judd Trump was responsible for some of the best shots ever seen in his 2019 World Championship final victory over John Higgins, but here’s another cracker from the Bristolian from 2015.

A kick on the penultimate red meant the Ace in the Pack ended up short of ideal position on the pink. But Trump, who ended up losing his semi-final clash against Stuart Bingham in a deciding-frame thriller, produced a stunningly accurate around-the-houses and into-baulk shot on the pink to regain reasonable position on the final red.

It was Trump’s year in 2019, but Gary Wilson made him pull out the stops in their semi-final rumble.

Wilson had scored well throughout in his run to the single-table set-up in Sheffield, but the Geordie showed he is no slouch with his safety game with this perfectly weighted snooker which left Trump in a real pickle.

Two years ago it was the resurgent Mark Williams to the fore – the Welshman capturing his third world title and his first since 2003.

Williams was made to battle hard by Barry Hawkins in their Crucible semi-final clash, but the Welsh Potting Machine crossed the line in a 17-15 victory which included one of the cleverest shots the Sheffield venue has seen in its history.

Mark Selby ruled the Crucible roost in the middle of the last decade with title triumphs in 2014, 2016 and 2017, but the Jester from Leicester had been modifying his smooth all-round game for many years prior to those successes.

In 2010 Selby was embroiled in a typically tense semi-final date with 2006 world champion Graeme Dott, but even though the Scot was to win the day Selby showed a glimpse of his exceptional ball-striking qualities with this stunning shot in Sheffield.

In the years before Ronnie O’Sullivan relieved him of the mantle of snooker’s greatest player, Stephen Hendry saw off all comers with seven world titles in the 1990s.

The Scot was past his brilliant best by the end of the Noughties, but Hendry showed he could still turn on the style on occasions when posting a 10-7 Crucible first-round triumph over good friend Mark Williams, a victory which included this cheeky but superbly well-executed positional shot from pink to black.

Perhaps the most famous break under pressure ever delivered at the Crucible came from Alex Higgins when he beat a young Jimmy White in a 16-15 classic in their 1982 semi-final.

There are too many good shots to narrow it down to just one as Higgins produced jaw-dropping stuff for a 69 clearance when it mattered most at a time when he trailed 15-14 and was 59-0 down in the 30th frame. Hurricane Higgins went on to win the match and the title.