Everything you need to know ahead of Day 4 of the Cheltenham Festival of horse racing. 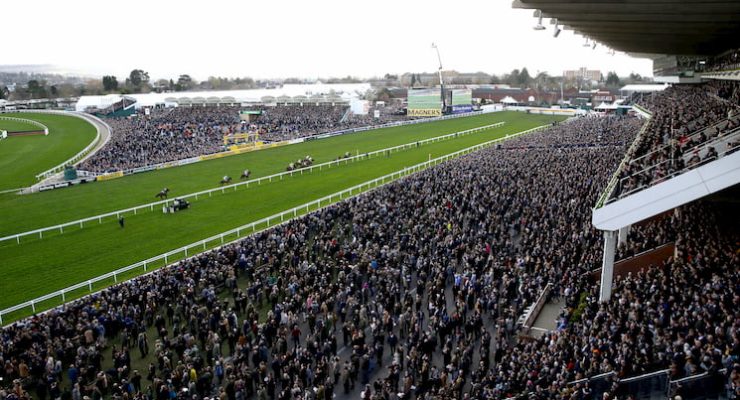 For four days in March the racing world centres on the Cotswolds countryside and the famous Cheltenham Festival. This spectacular showpiece is rightfully labelled ‘the greatest show on turf’ and racing does not have anything quite like it for atmosphere, occasion and pure sporting theatre.

Gold Cup Day on Friday 18th March is the culmination of a season of jumps action, the long winter slog all aimed at this spring target in the Cotswolds amphitheatre.

The Cheltenham Cold Cup is the Blue Ribband of racing; the most prestigious jumps race in the calendar and one which has been won by the all-time greats of steeplechasing. This is where history is created.

It’s the final fling for Cheltenham Festival punters on Friday afternoon as the Gold Cup itself takes centre stage at 3.05pm. Al Boum Photo will attempt to join Best Mate as a hat-trick winning Blue Riband hero this century and his claims are strong, despite Champ’s looming presence and Minella Indo bidding to give Henry De Bromhead a unique treble of Champion Hurdle, Champion Chase and Gold Cup in one sitting.

Our tipster marks your card for the final afternoon of action from the Cotswolds.

Click on one of the race names below for the latest betting tips and predictions:

The Triumph Hurdle is the starting point on Gold Cup Day and this 2m1f Grade 1 brings together the pick of the four-year-old crop from Britain, Ireland and France. Nicky Henderson has won the race a record seven times.

A deeply competitive handicap and one which routinely attracts a maximum field, the County Hurdle has been won on four occasions each by leading trainers Willie Mullins and Paul Nicholls.

A thorough stamina test for the novice hurdlers, this three-mile contest requires a mature performer to get the trip. It was added in 2005 when The Festival moved to four days and has already produced a future Gold Cup winner (Bobs Worth 2011) and future Stayers’ Hurdle winner (Penhill 2017).

The main event of the four days and, indeed, of the jumps season in Britain and Ireland, the Gold Cup is the most storied of races. This is the Blue Ribband of jumps racing and the honours board is who’s who of racing folklore.

This is the Gold Cup for amateur riders and is run over the same course and distance as the preceding Grade 1 event.

2021 is the first year that the Mares’ Steeple Chase will be held at the Cheltenham Festival. Organisers expect the Mares’ Chase to be a fantastic addition to the programme of races on Gold Cup Day.

The Martin Pipe Conditional Jockeys’ Handicap Hurdle is now the final curtain-call for the Cheltenham Festival. This race has been around since 2009 and is run in honour of Martin Pipe, 15-time Champion Trainer in Britain and a 34-time winner at this Festival.