The Cheltenham Gold Cup is the pinnacle of National Hunt racing and the prize every owner, trainer and jockey craves above all others. 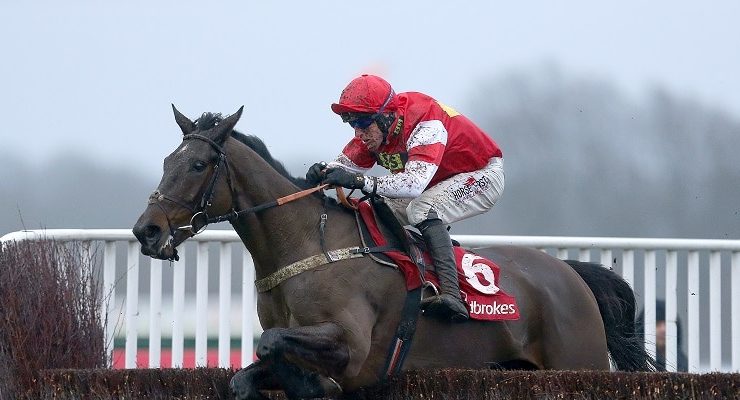 The Cheltenham Gold Cup is the feature race on the fourth and final afternoon of the Cheltenham Festival in March and here we look at some of the most notable horse & rider combinations to win the Blue Ribband since the turn of the century.

Jim Culloty’s career in the saddle was defined by the Henrietta Knight-trained Best Mate, winner of three successive Cheltenham Gold Cups from 2002-2004. Best Mate joined the likes of Golden Miller, Cottage Rake and Arkle in becoming a three-time Gold Cup winner, while his jockey also steered Bindaree to glory in the 2002 Aintree Grand National.

Culloty secured his association with the Cheltenham Gold Cup in 2014 when he trained Lord Windermere to win, becoming only the fourth person ever to ride and train a winner of the Gold Cup.

The magnificent Kauto Star swept all before him in the 2006/07 jumps season, winning all six starts. He landed the Betfair Chase, Tingle Creek and King George, seemingly at ease over two miles and three, before confirming his stamina when cruising by Exotic Dancer to win the Gold Cup under Ruby Walsh – Cheltenham’s most successful jockey of all time.

The partnership were denied in 2008 by Denman – also trained by Paul Nicholls – but made some history in 2009 in becoming the first (and to date only) horse to regain the Gold Cup crown having lost it. Kauto Star and Walsh would contest three more Gold Cups without winning but he received rapturous applause after being pulled up in the 2012 race, the final run of his brilliant career that yielded 15 Grade 1 victories.

The 2008 Cheltenham Gold Cup was preceded by an amazing blockbuster build-up as Paul Nicholls prepared defending champion, Kauto Star, to face stablemate Denman. The race captured the imagination of the sporting world and, with Walsh committed to riding Kauto, Sam Thomas got the ride on Denman.

This was the afternoon he lived up to his nickname ‘The Tank’ as Thomas committed Denman to the front with a circuit still to run and they piled the pressure on the field behind them. Denman won the race before the home straight, in truth, while Kauto gamely battled to finish second of a Nicholls-trained one-two-three that also included future Grand National winner Neptune Collonges.

As commentator Ricard Hoiles famously declared, Denman had ‘pounded Kauto Star into submission’ with a powerful run. He could never quite repeat the feat, finishing second in the next three instalments of the Gold Cup.

The 20-times champion jockey won the second of his two Cheltenham Gold Cups in 2012 on Synchronised, a dour stayer if ever there was one.

He had won the previous year’s Welsh National and was considered too slow by many for Gold Cup glory, despite having taken the Grade 1 Lexus Chase at Leopardstown en route to Cheltenham. With Kauto Star pulled up and reigning champ Long Run proving vulnerable, McCoy produced Synchronised to claim outsider The Giant Bolster late in the race. ‘The Champ’ admitted later it was the first time he’d ever felt he was doing what boss JP McManus paid him for, as he delivered the biggest prize in racing.

The 2014 success of Lord Windermere gave Jim Culloty a place in Gold Cup folklore but this race was all about the horsemanship of Davy Russell. A 20/1 shot, Lord Windermere had won the RSA Chase at Cheltenham a year earlier but was 0-3 on the season leading into the Gold Cup.

Russell had partnered him for the first time in the RSA win and was back on board for only the third time in the Blue Ribband. They occupied last spot for much of the race, with Russell hunting his way behind the pack. His partner didn’t always seem willing, but Russell galvanised him and they came with a big run up the hill, holding off On His Own in a photo finish with The Giant Bolster and Silviniaco Conti in close proximity.

‘Made for each other’ was the phrase applied to Native River and Richard Johnson following their Gold Cup triumph in 2018. Johnson sent the Colin Tizzard-trained runner to the front from flagfall and they were pursued immediately by Might Bite and Nico de Boinville.

For more than three miles, they locked horns in an almost exclusive battle as none of their rivals ever came close to landing a blow. Might Bite loomed up large in the closing stages but Native River and Johnson turned him away. It was the sort of gutsy performance that has come to characterise the careers of both Native River and Johnson, and it produced a gripping end-to-end Gold Cup duel unmatched in modern times.

Cheltenham’s all-time most successful trainer Willie Mullins had endured a torrent of near misses in the Gold Cup prior to 2019. That year he sent out Kemboy, Bellshill, Invitation Only and Al Boum Photo. Stable jockey Ruby Walsh went with Bellshill (pulled up) while Kemboy and Invitation Only failed to negotiate the course.

Al Boum Photo had fallen in the RSA a year earlier, leaving Walsh with a broken leg, while he and Townend infamously went the wrong path with a Grade 1 novice in their grasp at Punchestown late that same spring.

Having won at Tramore in a low-key race on New Year’s Day in his only run of the season, Al Boum Photo was very much under the radar at Cheltenham but he was produced perfectly by Townend after a patient race and came clear to win and hand his trainer a first Gold Cup win; while giving his rider a major slice of redemption after that Punchestown fiasco 10 months earlier. Townend and Al Boum Photo won again in 2020 and will try to emulate greats like Golden Miller, Arkle and Best Mate with a Gold Cup hat-trick next month.

Get ready for the upcoming meeting with our Cheltenham Festival tips.

Enda is a journalist who specialises in horse racing, especially the action in the UK and Ireland, and has shared his racing betting tips on a number of well-known publications and websites over the last 10 years.
All Posts
Related Posts
Cheltenham Festival Results 2022
Mansion Group 16/03/2022 11:00
Could You Afford to Buy and Keep a Cheltenham Gold Cup Winning Horse?
Enda McElhinney 11/03/2022 17:05
Cheltenham 2022: Tips for Picking a Winner
Ross O'Connor 09/02/2022 13:43
Cheltenham’s Most Famous Gold Cup Winners
Dave Lowe 31/01/2022 13:29