Making the Grade: Why the Cheltenham Festival is the Favourite 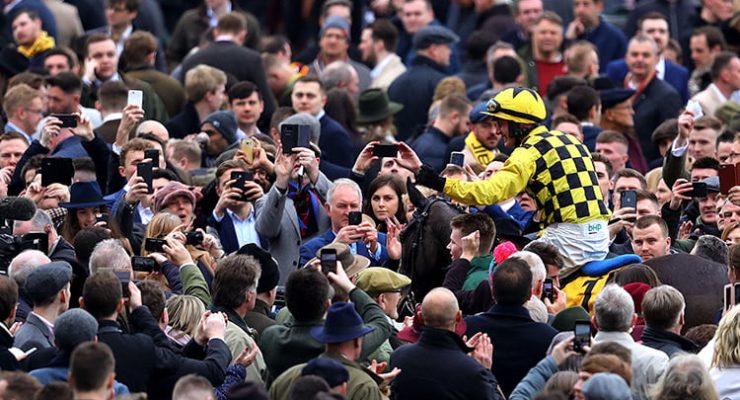 It’s almost here. The Mecca of the National Hunt. The Holy Grail of jump racing. The ultimate destination for lovers of all things equine. Dubbed the ‘greatest show on turf’, the Cheltenham Festival is arguably the most iconic horse racing meeting in the UK. Only Aintree can give it a run for the money.

Where Cheltenham triumphs is with the number of Grade 1 races punters can enjoy. Every year, in the UK, there are just 40 Grade 1 races. Fifteen of these will be taking place at the festival from Tuesday March 10 to Friday March 13.

So, why all the fuss about a Grade 1 race? What is it that makes the horse racing connoisseur whinny with delight at the prospect of these rare races? Saddle up, as we deconstruct and demystify the different racing grades and explain just why these prestigious races are so special.

Cup Cup and Away

The Cheltenham Festival is the highlight of the National Hunt jump racing calendar. During the four-day event, more than a quarter of a million horse racing fans will visit Prestbury Park, on the edge of the Cotswolds, in Gloucestershire, to watch 28 races over four days. It’s the fourth most highly attended sports event in the UK.

On Friday, March 13, the Cheltenham Gold Cup is the Blue Riband event. It’s the most valuable non-handicap chase in the UK. In 2019, the total prize fund was a hefty £625,000. The Grade 1 race is three miles and 2.5 furlongs in length, with 22 fences. Open to horses aged five years and over, it is the single most prestigious National Hunt event.

The race tests the horses’ ability to run at a gallop and there is a testing incline on the final stretch. Horses must show stamina. Jockeys need to strike a balance between an early sprint and a strong finish. It is a track that tests both man and horse to the limit.

Horses come in many different shapes and sizes. To balance races, and make betting more interesting, both flat racing and jump racing (National Hunt) have adopted a class and grade system. The system was first established in 1964 to work in tandem with handicapping.

A horse’s handicap rating is defined by the British Horseracing Authority (BHA). The better the horse – the higher the rating. The handicap is determined by a horse’s qualifying results; a horse must run at least three times to qualify for a rating. Only horses with the very highest ratings can compete in the top grade and class races.

Flat racing has three distinct bands: the Classics, Class 1, and Classes 2-7. In National Hunt racing, the bands are Class 1 and Classes 2-6. All the classes have further sub-divisions. There are three grades of Class 1 race: Grade 1, Grade 2, and Grade 3. All based on age, ability, and weight.

The minimum amount of prize money for a Grade 1 race is £100,000. In Grade 1 races, the handicap system is based purely on the age and sex of the horses taking part. There are no penalties for previous victories. This ensures these races are the crème de la crème. The best competing against the best. Lower grade races handicap horses that have previous wins by adding extra weight.

One of the reasons that Grade 1 races are such a hit with punters is that they offer golden opportunities for previous winners to stay on form and romp home for a second or third time. In the 1930s, Golden Miller won the Cheltenham Gold Cup five times. This year, punters will be hoping to see last year’s 2019 winner Al Boum Photo romp home for a second consecutive year and defend its crown.